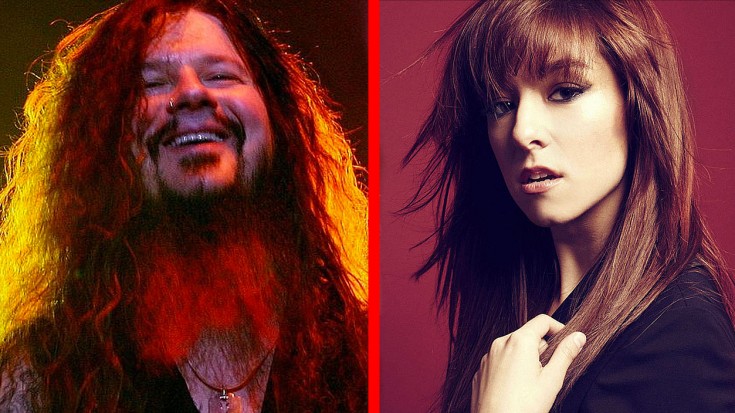 “Something Needs To Change.”

On Saturday morning, the world awoke to the news that 22 year old Christina Grimmie of hit television show The Voice was killed following an Orlando, Florida performance Friday evening. While the news no doubt left fans and friends of the singer absolutely grief stricken, Grimmie’s tragic ending as she signed autographs for fans struck a chord with metal legends Pantera – a band sadly all too familiar with the senseless murder of a loved one.

In 2004, former Pantera guitarist Dimebag Darrell Abbott was murdered onstage during a performance with his new band Damageplan. His older brother Vinnie Paul, drummer for both Pantera and Damageplan, could only watch in horror as gunman Nathan Gale gunned down Dimebag and four others before being killed by police officer James Niggemeyer and expressed both his immense sadness and frustration at the eerily similar death of Christina Grimmie:

Grimmie, who finished in third place in the 2014 season of The Voice, was shot as she was signing autographs for fans after her concert at the Plaza Live in Orlando, Florida. She was pronounced dead early Saturday, June 11 and the motives of shooter Kevin James Loibl are unknown at this time.

We send our heartfelt condolences to the family and friends of Christina Grimmie as well as to Pantera’s Vinnie Paul who is no doubt reliving the same horror of 12 years ago, and we hope for some sort of resolution that will allow artists and their fans to be able to come together at concerts in a manner that’s safe, fun, and respectful of others.