26 Years Ago: Skynyrd Rises Again With First Studio Album In Over A Decade, ‘Lynyrd Skynyrd 1991’ 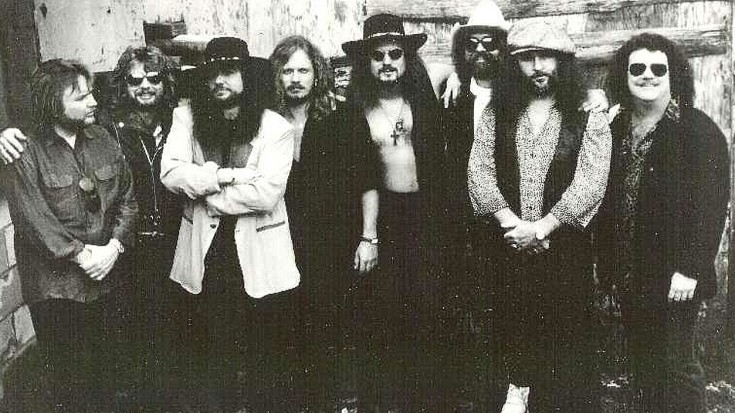 Released 26 years ago today, Lynyrd Skynyrd’s sixth studio album Lynyrd Skynyrd 1991 marked the beginning of a brand new chapter for the Jacksonville natives as they navigated both the music industry and life as a band over a decade after the crash that threatened to undo it all. Boasting 11 original hard rocking tracks that reminded us all what Southern rock had been missing for so many years, Lynyrd Skynyrd 1991 was a blazing declaration of “we’re still here, we’re still standing, and we’re stronger than ever” from Southern rock’s fearless leaders who dished out two soul shaking lead singles with “Keep The Faith” and “Smokestack Lightning”.

The band’s first studio album since 1977’s Street Survivors, Lynyrd Skynyrd 1991 celebrates everything we’ve ever come to love about Lynyrd Skynyrd and even sets the tone for future albums. With songs like “Southern Women” and “Backstreet Crawler” whose sounds highlight that rockin’ traditional Southern rock flavor that we missed out on during the band’s absence and the anthem ready “End Of The Road,” Lynyrd Skynyrd didn’t just set out to write another timeless album – they set out to reclaim their crown as the kings of Southern rock and boy, did they ever succeed!

There isn’t a band around whose presence we missed more than Lynyrd Skynyrd. Where many other bands would have understandably stepped away from their legacy in the face of unspeakable tragedy, Lynyrd Skynyrd faced it together and they faced it head on to continue the legacy forged on that dusty baseball diamond so many years before. Here’s to 26 years of Lynyrd Skynyrd 1991, and more importantly, here’s to the 26th anniversary of the day these legends kicked in the door and said, “Honey, we’re home!”