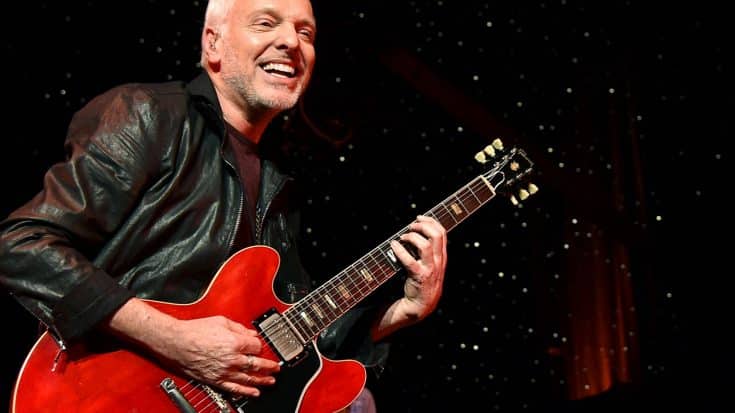 “I Got That Green Light, Baby…”

Peter Frampton’s voice is rivaled only by his versatility – seriously, everything Peter touches turns to gold. When he was tapped in 2014 to participate in an all-star tribute to Southern rock legends Lynyrd Skynyrd for their compilation One More For The Fans, Frampton used his golden touch to deliver a spirited tribute to the band’s decades long legacy with a rendition of ‘Call Me The Breeze’ that got the crowd on its feet and clapping, and left Lynyrd Skynyrd themselves grinning from ear to ear.

Covered by Lynyrd Skynyrd in 1974, ‘Call Me The Breeze’ was written and originally recorded by the Oklahoma guitarist J.J. Cale. The song is about a guy who can go where the weather takes him, unburdened by the weight of the world.

Not only does Peter let his own gifts shine with his take on this JJ Cale classic, he invokes Lynyrd Skynyrd’s legacy beautifully in the form of that gorgeous Southern rock flavor we’ve come to know and love for over three generations and some seriously brilliant guitar playing!

Skynyrd Nation, this is one you definitely have got to see – if you missed out on Peter’s One More For The Fans salute to Skynyrd the first time around, never fear: you can check it out in the video below and watch to your heart’s content!