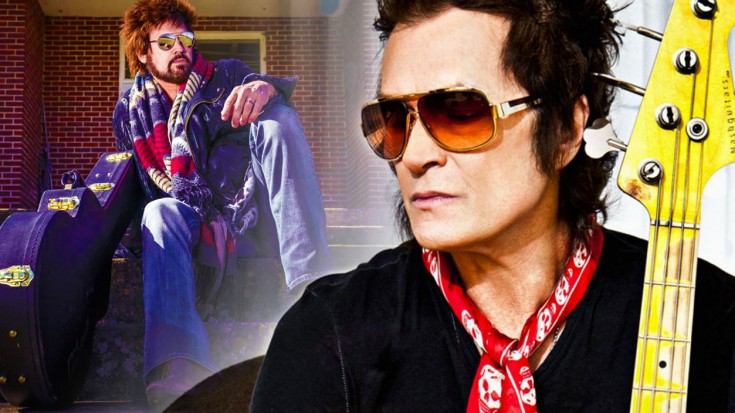 Like everything in music, it begins with a song.

The song in question is “Hey Elvis” written by music greats Bryan Adams and Gretchen Peters. A song that Billy Ray Cyrus had fallen in love with 20 years ago. A song that means so much to him, this will be his second time recording it. As the scheduling gods would have it; Bryan Adams, Billy Ray Cyrus and the legendary Glenn Hughes all came together to create a rocked-out, gritty rendition of the classic tune, three unique forces each bringing their own sound.

All in time for Hughes to be inducted into the Rock & Roll Hall of Fame as a member of Deep Purple. When asked about Hughes’ influence on the track, Cyrus cited: “He not only solidifies a magic pocket in the groove with his bass, but also injects The Voice of Rock onto the backend of the song.”

This is a project close to Cyrus’s heart. Perhaps because of the parallels between his career and Elvis Presley’s. During a rough patch in 1992 he received a letter from Johnny Cash saying: “Thirty-six years ago I was working with Elvis and saw him take the same kind of flak you’re taking now. Congratulations on the way you’re handling it all. In your case, as in Elvis’, the good outweighs the bad. Let ’em have it. I’m in your corner.”

In addition to releasing “Hey Elvis” to the public, the track will be used as the theme song on CMT’s new TV show Still The King. Cyrus, who wrote and produced Still The King, conceived the idea while touring the Gulf Coast. A place rich in musical history and strong ties to some of Elvis Presley’s first performances. The ideas came quickly after.

Still The King airs June 12th 2016. Everything comes full circle and one thing is clear, 2016 is Billy Ray Cyrus’ year.