Robin Williams’ Hilarious Impression Of Keith Richards Is Everything You’ll Ever Need! 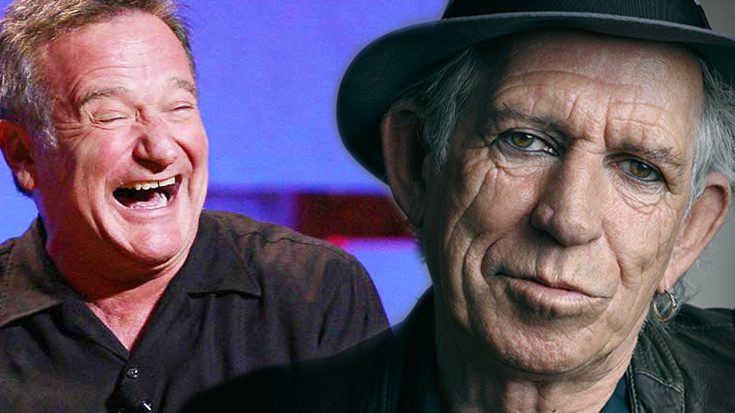 Robin was a comedy master!

There’s no denying the fact that Robin Williams was one of the masters of comedy. His stand up was incredible, almost every movie he was in is considered an instant classic, and all of his sketches were on point!

Many people throughout the years have spewed jokes about Rolling Stones guitarist Keith Richards. There are jokes about his health, his lifestyle and the fact that he has lived this long! Robin Williams doesn’t hold back in this stand-up routine, and roasts Keith Richards with some hilarious jokes!

Robin jokes that the cure for many diseases lies in Keith, and that we need to duplicate his blood! Robin also jokes that Keith and a few cockroaches will be the only ones left on this earth after the apocalypse, and he does an amazing impression of the Rolling Stones rocker!

Fun Fact:In his Life autobiography, Richards reckons that on average, he slept only two nights a week for many years of the Stones’ glory years. “This means that I have been conscious for at least three lifetimes,” he calculated. No sleep, and he can still do the math! A related aside: Keith claims he wrote the “Satisfaction” riff in his sleep.

Check out the hilarious routine down below!