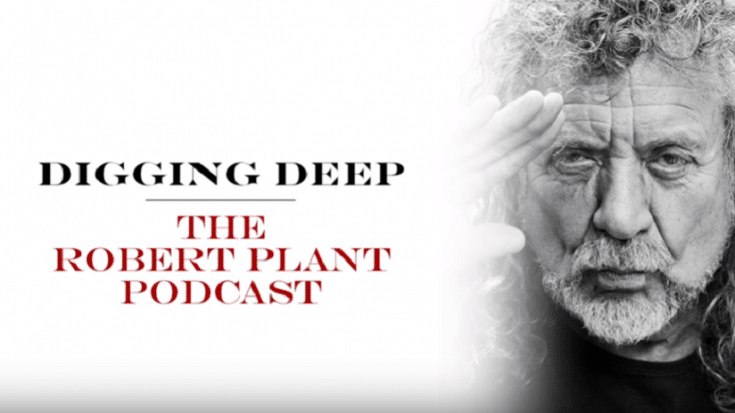 In a new interview with Classic Rock magazine, Robert Plant discusses his early years as a musician, his days with Led Zeppelin, and the success of his Digging Deep podcast. He also talked about why he never entertained the possibility of writing a memoir. He said, “Everything that I’ve got between my ears, or between my legs, is my business and nobody else’s. I know too many things, and when I finally depart this mortal coil I don’t want my family to think that I was some kind of weirdo.”

Speaking about podcasts, Plant said that “it brings these songs back to life” but it does so “in a totally different way.” He also added, “It’s amazing how the whole idea of podcasts, as a mode of entertainment, has replaced radio in many people’s imaginations.”

And then he revealed that he has forty unreleased tracks, “I’ve also got forty-plus tracks that I’ve never put out. I’ve got stuff that I did in New Orleans with the Li’l Band O’ Gold and Allen Toussaint. I’ve done so many things. I’ve got a whole album, Band Of Joy II, that I did with Buddy Miller and Patty Griffin. I’ve got stuff everywhere. So it might be a good way to gather some pretty powerful stuff and just eke it out there. I’ve just been tidying up my little studio here, to do some rehearsing later in the week, and found some stuff with the Space Shifters that we did at Rockfield two years ago. So it’s not just about stuff that came out through the normal channels.”

Now we have more reasons to tune in to his Digging Deep podcast.