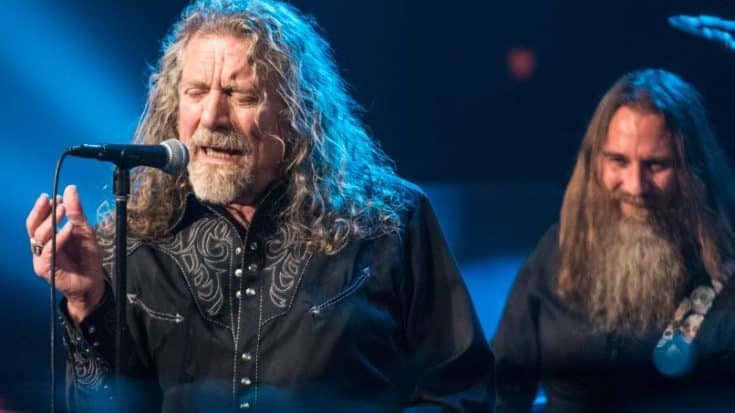 Robert Plant has recently recalled the time he was once offered a role in Game of Thrones, but ultimately turned it down.

The former Led Zeppelin singer talked about why he declined the part in the popular HBO fantasy drama TV series that ended in 2019. Plant shared the details with Canadian media personality George Stroumboulopoulos in a portion of a live video interview posted on June 14. The icon said:

“I got offered a part in [Game of Thrones].”

When asked what part he was up for in GOT, Plant seemingly failed to remember before jokingly saying:
“I got to ride a horse and go [lifts head in a regal manner].”

“I don’t want to get typecast.

“I started that shit — go back to ‘Immigrant Song’ and Led Zeppelin being part of cultural exchange in Iceland with the Icelandic government. So they didn’t know what they’d invited onto their little island.”

The “Immigrant Song” was about the Norse mythology written by Plant during Led Zeppelin’s tour of Iceland, Bath and Germany in the summer of 1970, which is seemingly having a connection to GOT as the series applied the Norse myth as well.

“On the way back on the plane, I started thinking about — ’cause I love Western European history from maybe the Bronze Age up through all the old religion … when we were really in touch with our Earth.

“The Viking thing, the whole idea of playing in Iceland and experiencing this landscape and people. Yeah, I’ve got a lot to answer for, because I’ve never seen so many bands with double-bladed axes. They could’ve all looked like Soft Cell or something.”

Watch the clip of the interview below.

Did you know Robert Plant was offered a role in Game of Thrones? Here's why he turned it down. pic.twitter.com/vc00AenZNq