Robert Plant Released A Cryptic Message And It’s Got Us Asking “What’s About To Happen?” 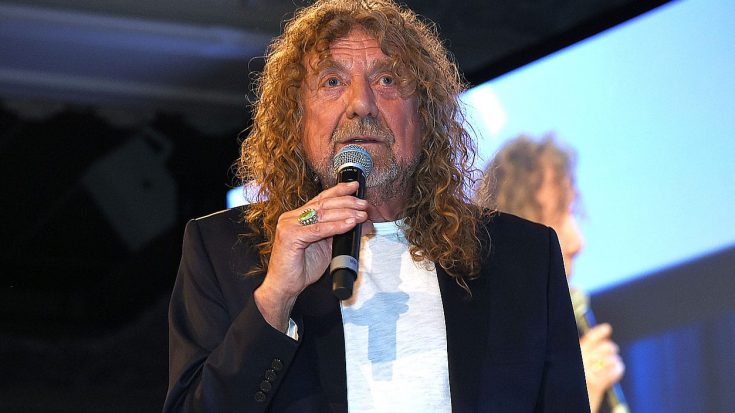 “A Way With Words”

Since he wrapped up his European tour in August of last year, the legendary Robert Plant has been rather quiet as of late. Aside from the occasional performance or interview, he has been laying pretty much under the radar. However, this morning I went over to his website and discovered something odd. It was just a black picture that said “A Way With Words”.

So, out of curiosity, I also went to his Facebook page and sure enough I run into the same thing. The photo below is what I’m talking about.

This message itself is rather cryptic, but it goes without saying that it’s obviously teasing something big. The question is what is it?

My first guess would be that he’s teasing a new solo album, or tour, or book, or something. I initially disregarded the idea of a Led Zeppelin reunion because Jason Bonham himself stated that it’s not likely that the band will reunite. That being said, Robert Plant doesn’t release these cryptic messages for his own solo stuff. Though it’s not likely, could you imagine if we got the Led Zeppelin reunion we’ve all been chomping at the bit for? We’ll just have to wait and see!