Robert Fripp Shrugged Off Opinion About His Videos With Wife Toyah 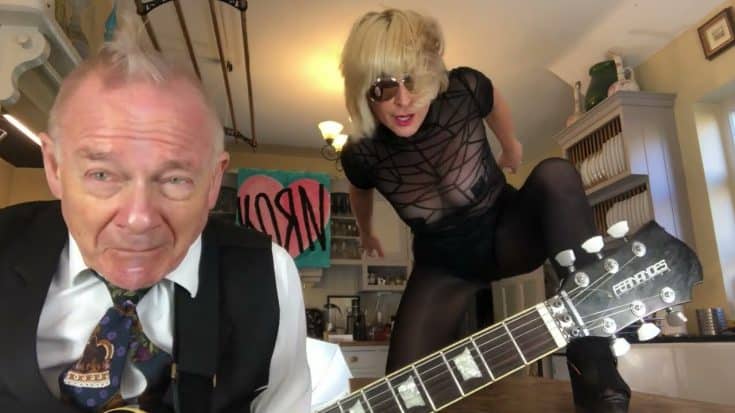 Robert Fripp of King Crimson shrugged off critics by saying “Why should I give a f—?”

Fripp shrugged off some of the fans who have criticized him for his viral videos. Looking back in the early days of the COVID-19 pandemic, Fripp and his wife, actress Toyah Willcox, began uploading their entertaining videos to YouTube.

For an instance, Fripp would put on a tutu and would dance to Tchaikovsky’s “Swan Lake,” which is different and quite interesting because the King Crimson leader is usually serious and stoic. In another one, the couple also filmed themselves while singing famous rock songs, with Fripp playing guitar while Willcox sings and dances in either funny or revealing outfits.

The couple called this video series, Toyah and Robert’s Sunday Lunch. Although they have developed a devoted following, some fans have voiced out their displeasure towards the couple. Fripp, on the other hand, responded to this during an interview. He said:

“My wife insists performers have a responsibility to lift people’s spirits in hard times.

“Do I respect that? My answer is yes, completely and utterly I do.”

Obviously, the rocker was furious about his viral popularity, but he’s also aware and slowly getting to understand the positive impact the clips have had on viewers during trying times. He added:

“We’re keenly aware of what people have experienced during lockdown.

“I mean, banged up in a small apartment while your mother’s dying and you can’t go to the funeral. My wife said to me, if all we’ve done in two years is help one person through their bad time, it’s all worth it. So I’m not sure if that meets a criteria of serving what is highest in music, but for me, it’s a real undertaking that I respect. And I am quite prepared to strap on a guitar and rock out to a classic riff in order to achieve it.”

Following their success as video stars, the couple plans to take their unique duets on the road in 2023. The rocker also declared: