Ritchie Blackmore Talks About His Issue With Deep Purple’s Sound 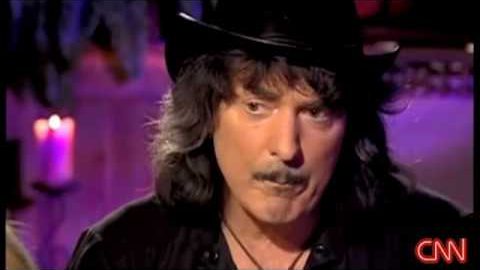 Ritchie Blackmore, being the founding member of Deep Purple, has played a crucial role in shaping the band’s sound through his blues-based riffs and extended solos. However, in 1993, the guitarist left the band after a disastrous show.

According to Blackmore himself, their music had started heading in a different direction right before he went on his own. “I’m not really interested in the modern approach with modern instruments,” he stated.

As someone who prefers to stick to the main characteristics of the sound, “We use synthesizers on certain things, but they are there to see how we’re going to progress with the other instruments. It’s all about going back to the basics—simple music.” He continued:

“Melody is very important to me. It’s an important thing. That’s why, even in Deep Purple, towards the end, before I left, our music was a bit monophonic. There wasn’t too much melody, and if I don’t hear a melody, I can’t be inspired.”

Blackmore also finds the lack of a melody as a common issue in many modern rock bands. He said:

“I find that with a lot of hard rock bands today—not the death metal or whatever—the melody is certainly not there, and I can’t relate to that.”

Aside from not getting along with his Purple bandmates, their creative differences made him decide to leave. According to the band’s original guitarist, the band’s music became monophonic, which is not favorable to Blackmore since he needed a melody to feel inspired.