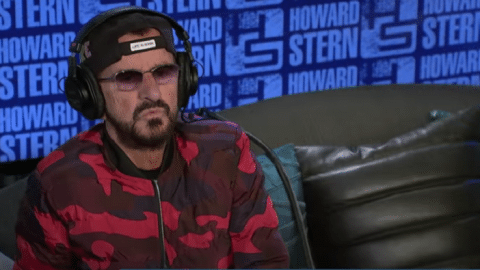 On November 2018, Ringo Starr stopped by The Howard Stern Show and recalled the time they worked on The White Album. It was so tense that Starr famously walked out without any warning during the recording session for “Back in the U.S.S.R.” In the interview, he revisits the series of events that led him to abruptly pack up and leave temporarily.

Starr explained, “I’m looking there in the studio and it’s like, I don’t feel good, I don’t feel part of it. So I go and knock on John’s door and I say, “Hey, you know. I just don’t feel right. I don’t feel like, you know, I’m part of this.””

Starr previously shared in a separate interview, “I left because I felt two things: I felt I wasn’t playing great, and I also felt that the other three were really happy and I was an outsider… I had a rest and the holiday was great. I knew we were all in a messed-up stage. It wasn’t just me; the whole thing was going down. I had definitely left, I couldn’t take it any more. There was no magic and the relationships were terrible. I’d come to a bad spot in life.”

He did come back after a while but less than two years later, The Beatles broke up and pursued solo careers.

Check out the rest of what he said below.