Ringo Starr Reveals The Secret Of His Distinctive Rhythm 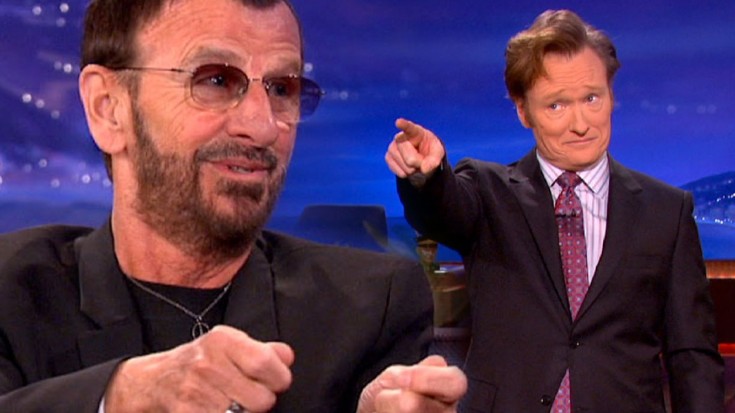 Ever Wonder Where That Distinctive Rhythm Came From?

While the other 3 Beatles lovingly poked fun at drummer Ringo Starr – “Not even the best drummer in The Beatles!” – it’s no secret that he’s quite talented and that without him, The Beatles as we know them wouldn’t have existed. Ringo may not have been the most flashy drummer in rock and roll, but he was certainly one of the most consistent and highly skilled, and developed a style that isn’t easily mimicked or explained.

Conan O’Brien asked the tough question of how Ringo developed his signature style that later became immortalized through The Beatles, and the answer may surprise you!

Ringo learned to play backwards. Despite being born left handed, his grandmother forced him to learn how to do everything right handed. His signature sound is the result of leading with his left hand instead of his right, going against everything his grandmother taught him.

This incredibly funny, enlightening interview is definitely worth a look for Beatlemaniacs and musicians alike – we knew Ringo was both kind and funny, but we didn’t know he was quite this entertaining to watch!