Slash And…Ellen? The Duet You Never Knew You Wanted! 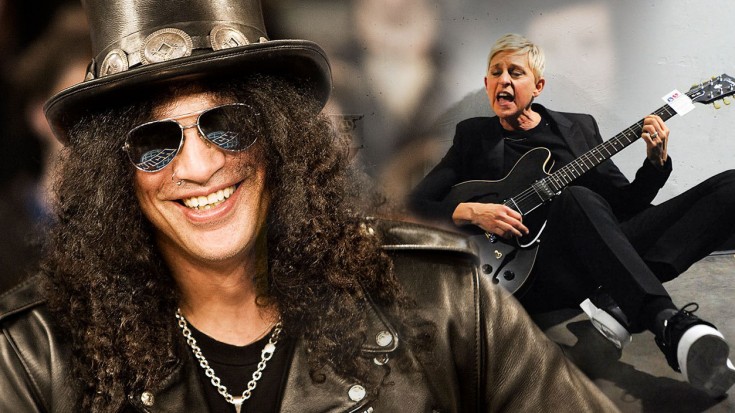 Slash is such a great sport – he not only invited Ellen DeGeneres to tour his home, but enlisted her help on an impromptu jam session featuring Velvet Revolver’s ‘The Last Fight’ and ‘Slither’, though not quite in the way you’d think. Rather than entrust her with one of his prized guitars, Slash set Ellen up with a triangle – yes, a triangle – and after telling her to “make up some words”, the two were off on their apparent quest to make the triangle more popular than the cowbell.

Guys, I don’t know what’s funnier: Ellen in her fedora jamming away on her triangle, or Slash standing next to her and trying not to laugh at Ellen next to him! While I doubt we’ll be seeing Ellen and her triangle making their musical debut any time soon, this was still an awesome moment between these two!