Rick Astley & The Foo Fighters’ Unlikely Duet Turns Into The Greatest ‘Rick Roll’ of All Time! 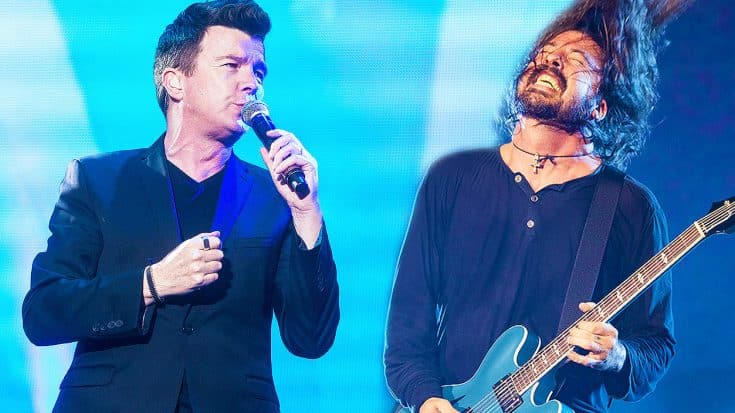 We’re no strangers to love….

If you’ve ever been on the internet, there’s a pretty likely chance that you’ve been “Rick Roll’d” at some point. If you’re not familiar with “Rick Rolling,” its basically the instance where you click on a link or YouTube video, and are immediately redirected to the music video of Rick Astley’s “Never Gonna Give You Up.” It’s hilarious, but back in the day, it was so popular that it was frustrating.

Rick’s 80’s one hit wonder, quickly became synonymous with the meme, or fad, and the singer has sort of run with it! Well, over the weekend Rick, with the help of the Foo Fighters, turned in would could be the greatest “Rick Roll” of all time! The Foo’s invited Rick on stage at the Summer Sonic Festival for a legendary duet of ‘Never Gonna Give You Up!” Turns out the two met for the first time briefly before the performance and immediately hit it off!

Rick got on stage and fired the crowd up before the Foo Fighters kicked in to a rock heavy version of the 80’s hit! They both killed it, and hopefully we see them collaborate more in the future! It’s great to see legends team up like this!