Richie Sambora Once Auditioned For This Legendary Rock Band, But Was Rejected—You Won’t Believe Who! 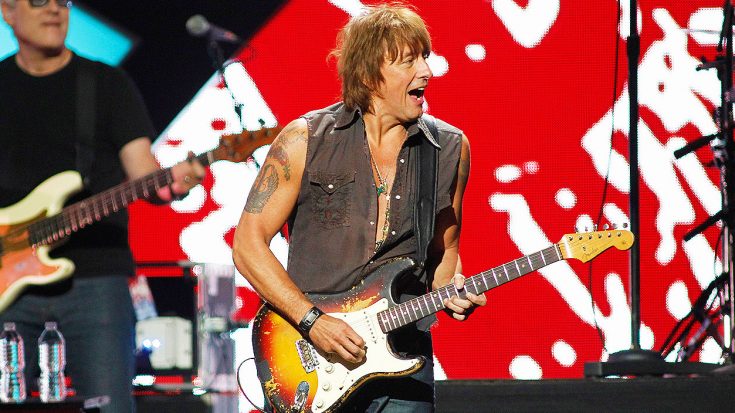 Richie never got to paint his face!

The 1980s were a crazy time period. However, the era produced some of the best music in the history of rock n’ roll, and one of the biggest bands of the time was Bon Jovi. Bon Jovi had some of the biggest hits of the decade, and their guitarist Richie Sambora was a major key to the success of the band.

But could you imagine if Richie Sambora never joined Bon Jovi? This actually almost happened, because prior to being a part of one of the biggest bands in rock history, Sambora nearly joined another legendary rock group. Back in 1982/83, KISS was going through a major transitional period. Their guitarist Ace Frehley left the band, leaving them shorthanded. The remaining members began to hold auditions for Ace’s replacement, and Richie Sambora actually showed up to one and tried out for the band! Unfortunately, he was rejected, but took it as a learning experience. Looking back he realized he didn’t really fit in with KISS, as he opted for of a more bluesy guitar playing style rather than a hard rock style.

“I didn’t really know what I was doing back then and didn’t really want the gig. They wanted someone to replace Ace [Frehley] but I think they wanted someone who worshipped them. I liked their music but I wasn’t into them in a big way. I was more into [Led] Zeppelin, Eric Clapton, Bob Dylan, B.B. King, Albert King and Johnny Winter and stuff like that which was totally different to Kiss so I wasn’t really that into the idea of joining the band. I just thought it`d be a good thing to go along and give it a go,” he continued. “I didn’t feel like wearing any of their makeup, that`s for sure.”- Sambora revealed.

What do you think? could you picture Richie in full makeup performing for KISS!? We have to admit it’d be pretty strange, that’s for sure!