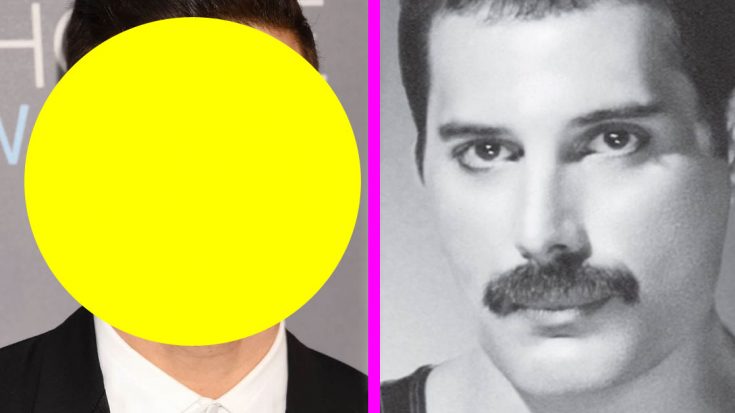 The story of British rock giants Queen is a tricky one, but it’s one worth telling and it’s worth telling right. The 1991 death of frontman Freddie Mercury makes telling Queen’s story even more difficult, especially in the case of the biopic that’s been sitting on ice for over 8 years now because honestly – who on earth is capable of properly portraying one of rock’s most iconic figures and quite frankly, who on earth is brave enough to try?

Last weekend, we got our answer. Just months after Sacha Baron Cohen was unceremoniously bounced from Bohemian Rhapsody, the biopic focusing on Queen and frontman Freddie Mercury, director Bryan Singer announced that Mr. Robot star Rami Malek has officially been tapped to play the role of Freddie Mercury.

Malek, 35, recently won an Emmy for ‘Best Actor’ for his lead role in USA’s hit cyber series Mr. Robot. The news came in the form of an Instagram post by director Bryan Singer, who expressed his excitement at seeing the Los Angeles born Egyptian-American actor finally bring Freddie Mercury to life on the silver screen.

No word yet as to when production on Bohemian Rhapsody will begin or even when we can anticipate a release date, but judging by the fact that they’ve finally nailed down what is possibly one of the most difficult lead roles to cast, we’ve got a good feeling that it shouldn’t be too much longer.