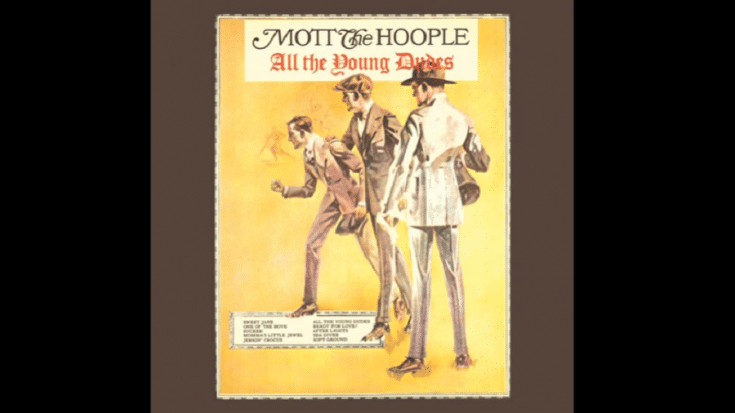 Rockstars aren’t exactly known for following rules. Most of them are naturally rebellious and unapologetic at that. And since most radio stations back in the day were sensitive about what songs they put out, some tracks were censored, or even banned. Take note, however, that not all of them are because of explicit content. There were those that are supposed to be non-issue – like the mention of a certain brand.

Nevertheless, the censorship actually helped advertise these songs in a way. People got curious and made them want to listen more. Check out the list.

The title alone is enough to make it controversial. But Kurt Cobain explained this was written from the point-of-view of the victim. It’s an anti-rape song but in 1996, Wal-Mart and Kmart carried the altered title for the song. Instead of “Rape Me,” it was changed to “Waif Me.” Nirvana wanted to perform this at the 1992 MTV Video Music Awards but MTV insisted on “Smells Like Teen Spirit.” They eventually agreed but during the performance, Cobain gave everyone a scare as he began playing the intro to “Rape Me”. MTV was going to cut it to commercial before Nirvana launched into “Lithium.”

Written by David Bowie, this is considered as a glam rock anthem. Some people, like Lou Reed, believed this was a gay anthem. He claimed that it’s a “rallying call to the young dudes to come out in the streets and show that they were beautiful and gay and proud of it.” It was banned by BBC because of the line, “Wendy’s stealing clothes from Marks and Sparks” which was a reference to the British retailer Marks & Spencer. It was thought of as an advertisement of a product. Thus, Mott the Hoople was forced to change it to “Wendy’s stealing clothes from unlocked cars”.

When BBC previewed the Sgt. Pepper’s Lonely Hearts Club Band album on May 20, 1967, the management instructed disc jockey Kenny Everett not to play “A Day in the Life” because of its alleged drug references. They said that the line “I’d love to turn you on” advocated drug use. According to BBC, “We have listened to this song over and over again. And we have decided that it appears to go just a little too far, and could encourage a permissive attitude to drug-taking.”

BBC refused to play it at first because they thought Roger Daltrey’s “Why don’t you all fff … fade away!” might offend people who stutter. In his defense, Daltrey said that they didn’t rehearse before the recording and he was slightly nervous. BBC eventually lifted the band as the track became more popular.

It was banned in Australia because of the song’s “controversial subject matter” and some radio stations would fade it out before the lyrics revealed Lola’s biological sex. BBC banned it because it had “Coca-Cola” in the lyrics. While The Kinks were on their American tour, Ray Davies had to travel from New York to London to alter the words and make them “cherry cola” instead.

5. Dire Straits – “Money for Nothing”

The original lyrics received criticism as being homophobic especially the second verse “See the little faggot with the earring and the makeup?” So when they performed it live, they would change the lyrics to “See the little Queenie got the earring and the make-up.” It wasn’t until 2011 when it was banned from private Canadian radio stations. The Canadian Broadcast Standards Council stated that “like other racially driven words in the English language, ‘faggot’ is one that, even if entirely or marginally acceptable in earlier days, is no longer so.”

MTV, VH1, and several radio stations only aired the censored version which used “Let’s hit another joint” instead of “Let’s roll another joint.” MTV aired the video that reversed the word “joint” so it came out sounding like “noojh.”

BBC and the Independent Broadcasting Authority to refuse to play it because of the single’s lyrics and cover. People at the time believed it was an attack on the monarchy and specifically Queen Elizabeth II. Even though it was banned, it still became a huge hit.

We don’t know who started the rumor or if it was part of their marketing scheme but either way, The Kingsmen were thought to have intentionally slurred the lyrics as a cover-up to the obscenity of the words. Aside from being banned on radio stations, the FBI also launched an investigation but after 31 months, they concluded that they were “unable to interpret any of the wording in the record.”

1. The Rolling Stones – “Let’s Spend The Night Together”

It received less airplay because of the suggestive lyrics and was also famously censored on The Ed Sullivan Show. Unlike Jim Morrison who refused to change the lyrics to the song, The Rolling Stones relented and altered “Let’s spend the night together” to “Let’s spend some time together.” But the camera caught both Mick Jagger and Bill Wyman rolling their eyes.