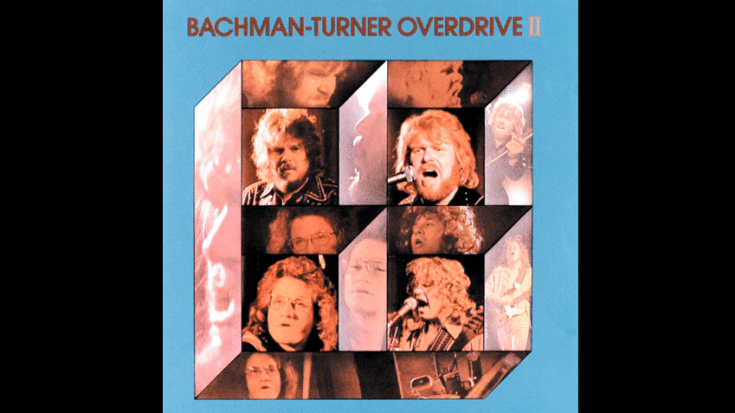 Bachman–Turner Overdrive had a string of hits in the 1970s and have sold over 30 million records worldwide. Their greatest hits have remained staples in classic rock radio stations and throughout the decades, they’ve had several lineup changes.

Let’s take a trip down memory lane and revisit their ’70s tracks:

The title track of their fourth studio album, it’s heavy-hitting and a straightforward rocker.

One of their finest musical moments, all the songs on the album of the same name are stellar but this one tops them all. Randy Bachman has called it their “crowning achievement.”

A monster track, that heavy riff is what makes this unforgettable.

It features legendary rock pioneer Little Richard on piano and backing vocals. He wraps it up with a solo at the end.

They slow it down a bit with this but looking closer at the lyrics, it’s a pretty dark song.

Catchy and addicting, it has aged rather well too.

A brilliant number, it’s simple but hook-filled. The song developed from something they wrote supposedly for a Ford commercial, Bachman told SongFacts: “It’s like getting an assignment: write a new commercial for Ford and you’ll get paid $100,000. Well, I’d sit down and I’d write a commercial for Ford, ‘let it roll down the highway.’ Ford never picks it up and I have a song called ‘Roll On Down the Highway.'”

Inspired by a traffic accident, this has been used in a number of movies and TV series. Bachman came up with its distinctive guitar riff after listening to Antonin Dvorak’s “Piano Concerto in D.”

Bachman started working on the song while he was still with The Guess Who. He said, “Ralph (Murphy) and I wrote a song in ’67 called ‘A Little Bit Of Rain.’ That riff is used in the middle of ‘Takin’ Care Of Business,’ just to break the monotony because ‘Takin’ Care Of Business’ was three chords over and over and over. It had no bridge. No hook. No song format, other than that it was ‘Louie Louie.’ Endless, mind-bashing of three chords. And the original version, as I explained at the Ryman, had twelve chords. That’s why nobody liked it. It had an incredible number of chords.”

Bachman recalled the songwriting process saying, “It was basically just an instrumental and I was fooling around… I wrote the lyrics, out of the blue, and stuttered them through.”