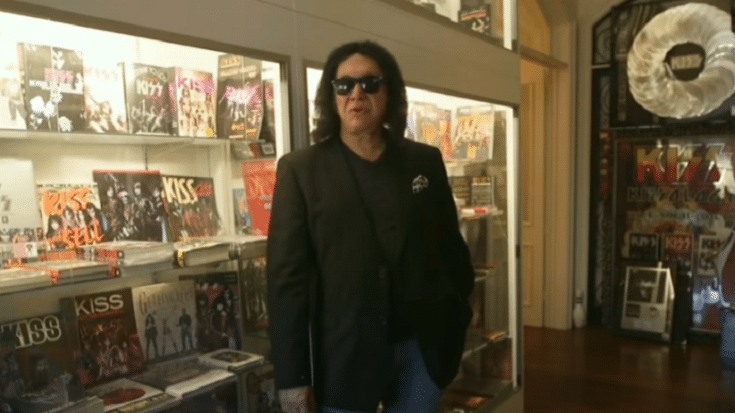 In a new interview with Wall Street Journal, the veteran rocker revealed that he and wife Shannon Tweed Simmons are putting up their home for sale. Listed at $22 million, it boasts of 16,000-square-feet of ultimate rockstar luxury. And the reason he’s unloading his property? Taxes.

He said, “California and Beverly Hills have been treating folks that create jobs badly and the tax rates are unacceptable. I work hard and pay my taxes and I don’t want to cry the Beverly Hills blues but enough is enough.”

With seven bedrooms, a 60-foot water slide, a professional size tennis court, and parking space for 35 cars, it’s a sprawling and absolutely lavish European style home fit for rock royalties. He has a massive collection of KISS memorabilia but unfortunately, that’s not included in the price because he’s taking them all with him.

Gene Simmons purchased the home in 1984 with then-girlfriend Shannon. It was featured on his reality show “Gene Simmons: Family Jewels”.

It’s not his only property to hit the market this year. He’s also selling his 3-story pad in Hollywood Hills for $2.2 million which features 4 bedrooms, 2 bathrooms and spectacular panoramic views.