Revisit The Last Interview And Performance Of George Harrison 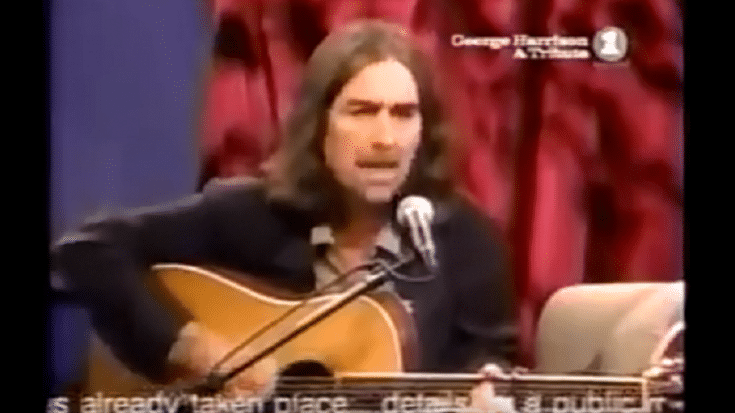 A Talk On Death, Meditation, and Spirituality

George Harrison dropped by VH1 on July 24, 1997 to talk about his close friend Ravi Shankar’s new album Chants of India which he produced. Host John Fugelsang and the rest of the crew were actually surprised to see the Quiet Beatle because he showed up with Shankar unannounced. And what he initially planned as “a little 10-minute sound byte” became a lengthy discussion about faith and spirituality. It also turned out to be his last interview and performance before his death in 2001.

Most of what he said was edited out as the network focused more on the musical aspect of the conversation. But on the day he died, VH1 aired a version that included Harrison’s thoughts on death. He told Fugelsang, “Yet nobody’s trying to figure out what’s the cause of death and what happens when you die. I mean, that to me is the only thing really that’s of any importance. The rest is all secondary.”

He also played Any Road, If You Belonged to Me, and All Things Must Pass to the delight of everyone in the studio.

Later that year, he was diagnosed with throat cancer. In May 2001, he underwent surgery to remove cancerous growth in his lungs and in November, he started his radiotherapy in New York City.