Remember When Richie Sambora And Jon Bon Jovi Were Best Friends? We Do, And We Miss It 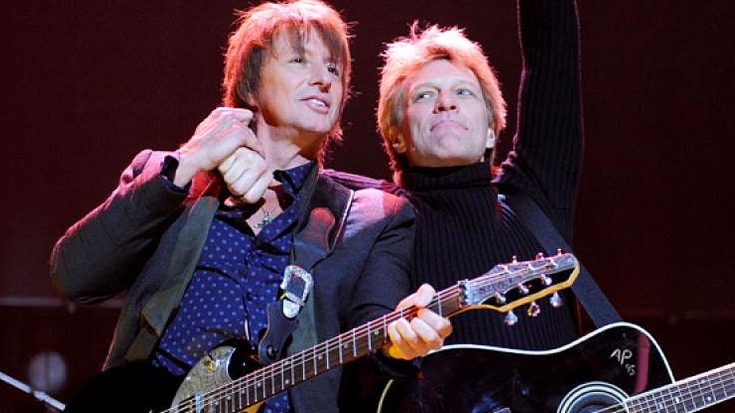 A Look Back On One Of Rock’s Best Bromances

Richie Sambora and Jon Bon Jovi are finally on speaking terms following a 3 year silence after Sambora’s exit from Bon Jovi. Well…sort of; last week Richie took to social media to congratulate Bon Jovi on their new single “This House Is Not For Sale” and Jon was kind enough to respond a few hours later and while a brief exchange on Twitter isn’t going to rekindle the great 30 year bromance these two enjoyed as the principal songwriters behind Bon Jovi classics like “Wanted (Dead Or Alive)” and “Livin’ On A Prayer,” it’s got fans hoping that much like Axl Rose and Slash’s great reconciliation, Richie and Jon too will be able to put the past aside and move forward as best friends and bandmates one day.

In the meantime, we’re left mourning the loss of one of the most fun and fiercely entertaining bromances rock’s had to offer us with a video compilation of lighter times in the lives of Richie Sambora and Jon Bon Jovi – when laughs were easy, the onstage chemistry was real, and these two behaved more like brothers than casual acquaintances. Love ’em or hate ’em, you can’t deny that the magic that happened when Richie and Jon were in sync with each other was part of what made Bon Jovi so much fun; relive the magic in the video below!