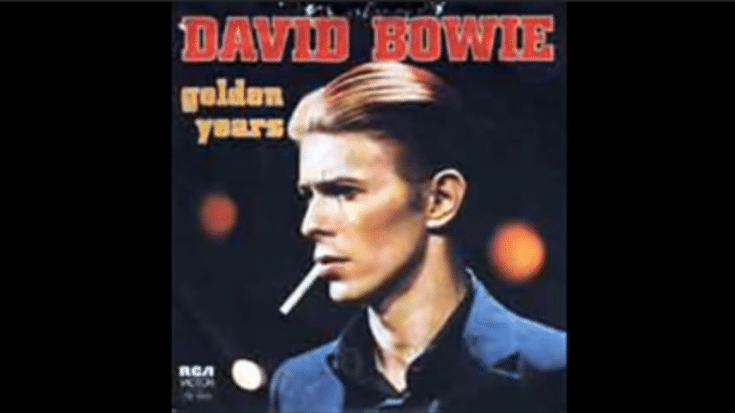 It was on November 21, 1975 when David Bowie released “Golden Years” – the lead single from his tenth studio album “Station to Station.” It was hot on the heels of “Fame” which became Bowie’s first #1 single on the US Billboard Hot 100 and the Canadian Singles Chart. In comparison, “Golden Years” only peaked at #10.

It was the first track recorded for Station to Station and it marked a dark period in Bowie’s life because it was when his cocaine addiction was at its peak. In fact, he later admitted that he could barely recall anything about the production. During the sessions at Cherokee Studios in Los Angeles, co-producer Harry Maslin revealed that “Golden Years” was “cut and finished very fast. We knew it was absolutely right within ten days. But the rest of the album took forever.”

Interestingly, there were rumors that Bowie wrote it for Elvis Presley as both artists were under RCA Records at the time. They did communicate but there was no collaboration or anything so Bowie kept the song for himself after Presley reportedly refused it. There were people who claimed the song was about them including his first wife Angie Bowie and also Ava Cherry.

Bowie performed “Golden Years” and “Fame” on the American TV show Soul Train on November 4, 1975 – he was the second white artist to guest on the program, following Elton John who appeared earlier that year. Check it out below.