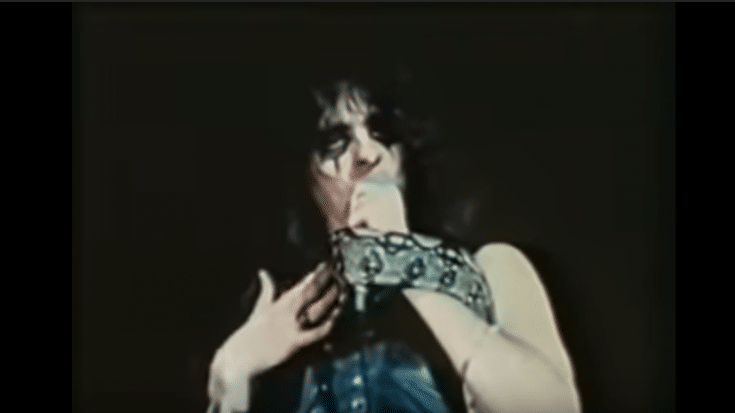 A Night To Remember

Alice Cooper is considered “The Godfather of Shock Rock” for a reason. People flock to his live shows because more than the music, Cooper goes the extra mile with outrageous stunts – bringing in props like electric chairs, dueling swords, noose, and guillotines. He’s faked his death countless times but one night on April 7, 1988, he almost died for real.

Magician James Randi came up with the idea of the hanging stunt. Cooper will wear a harness which was connected to the rafters by a thick piano wire – this kept him alive by keeping the noose an inch above his neck. That gallows set up was successfully executed for years.

But on that particular rehearsal at London’s Wembley Stadium in 1988, the wire snapped. Cooper told Entertainment Weekly, “Everything has its stress limit and after doing so many shows, I never thought about changing the wire. You know, I figured it’ll last forever. The wire snaps. I could hear the rope hit my chin and in an instant I flipped my head back. That must’ve been a fraction of a second because if it caught my chin it would have been a different result. It went over my neck and gave me a pretty good burn. I went down to the floor and pretty much blacked out.”

Cooper continued with the routine as if nothing happened. But of course, he replaced it with a new piano wire that wouldn’t snap easily.