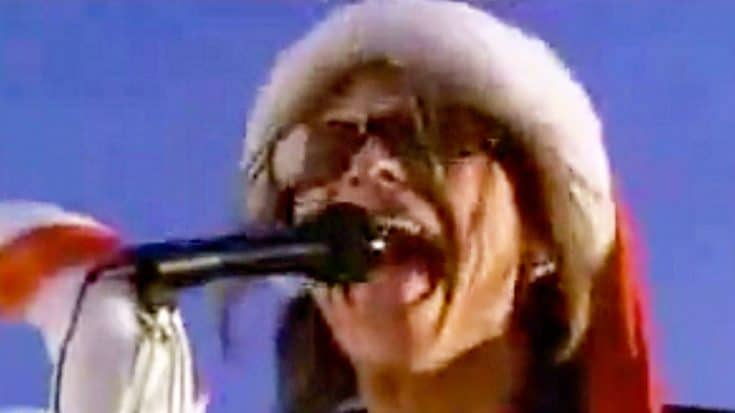 Steven Tyler is  one of those rockstars that can do no wrong. He is arguably one of the most beloved and timeless rock singers that we have ever come to know. The rock legend makes TV and movie cameos all of the time and it’s hard to think of one that wasn’t monumentally memorable. To put it simply, he steals the show wherever he goes. This much was ever so apparent during a Christmas classic episode of ‘Lizzie McGuire’. To put it simply, Tyler stole the show!

Here, Tyler dons the full Santa Claus outfit for a more-than-memorable cameo appearance where not only does he look the part, he acted the part, AND he sang the part. He lends his impeccable singing talents for a rockin’ twist on a Christmas classic that’ll have you dancing in your seat!

FUN FACT: Steven Tyler’s kids Taj and Chelsea Tallarico are also in this memorable scene whom you’ll recognize for giving Santa flack for not exactly looking the part!

What you’re about to watch is a video in which Tyler is portraying Santa Clause and sings a wildly awesome rendition of “Santa Claus Is Coming To Town”. As I said before, Tyler is no stranger to stealing the show, even if it’s just one cameo appearance. There’s no better way to celebrate Christmas than with this video! Don’t believe me? See for yourself!