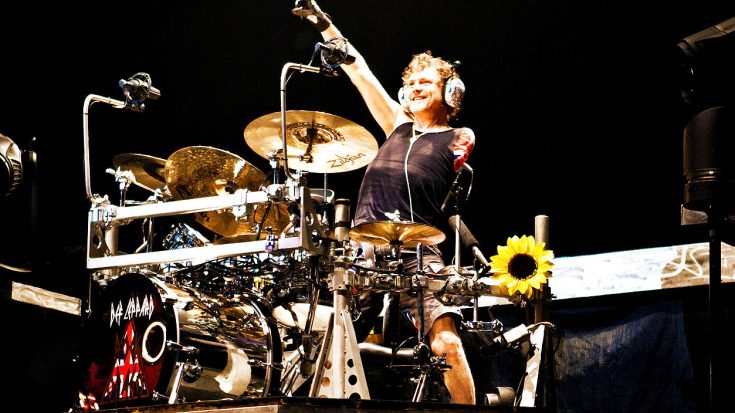 Today, Def Leppard drummer Rick Allen turns 52 years old! Born November 1st, 1963, Allen is of the more inspiring figures in rock and roll, for his ability to overcome a tragic car accident that caused him to lose his left arm.

On the afternoon of December 31st, 1984, Allen and his girlfriend were involved in a car accident a few hours outside of Sheffield in the United Kingdom countryside. He was trying to pass another car, but lost control and hit a stone wall. His seatbelt was not properly fastened, and he was thrown from the vehicle, and his arm was severed. His girlfriend only suffered minor bruising. Doctors attempted to reattach his arm, but gangrene set in, and they eventually had to fully amputate the limb.

Being a drummer, his arms are one of the most important part of his body. But losing an arm didn’t cause Allen to quit. Allen pushed through, learned to play one handed and utilized his legs and feet more, and rejoined the band on stage for the first time after his accident in 1986 at Castle Donington, for the “Monsters of Rock” festival!

In 2009, Def Leppard traveled back to Donington and performed 23 years after Rick’s accident! The crowd gave him an incredible reception, that will bring a tear to any Def Leppard fan’s eye! Rick is a true inspiration to all musicians who face any sort of adversity!

Check out the video below, and join us in wishing Rick Allen a very happy 52nd birthday!