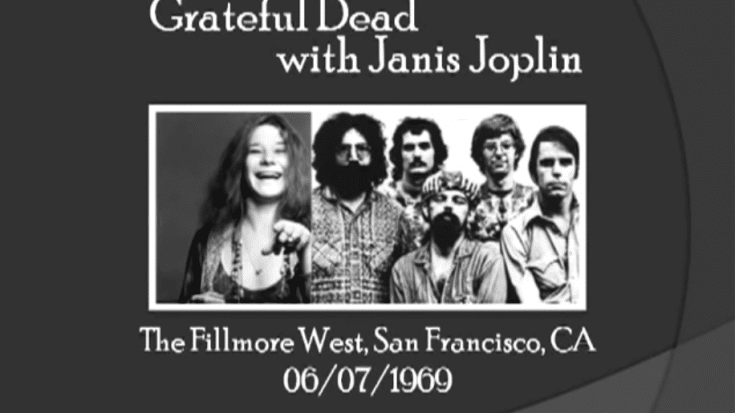 Grateful Dead and Janis Joplin were two of the most prominent figures in the 1960s counterculture. It was around 1966 when Joplin met members of the Grateful Dead as they often partied together and she lived close by. In fact, she became romantically involved with founding member and keyboardist Ron “Pigpen” McKernan. It was a rather brief relationship but at some point in their respective careers, the two rock acts shared the stage and they made history with their collaboration.

It took place on June 7, 1969 at the Fillmore West in San Francisco, California. Joplin joined the Dead towards the end of their set and let’s just say, she delivered the goods with her distinctive powerful voice as she shared vocals with Pigpen on “Turn On Your Lovelight”. She joined them again for the same song on July 16, 1970 at the Euphoria Ballroom in San Rafael, California.