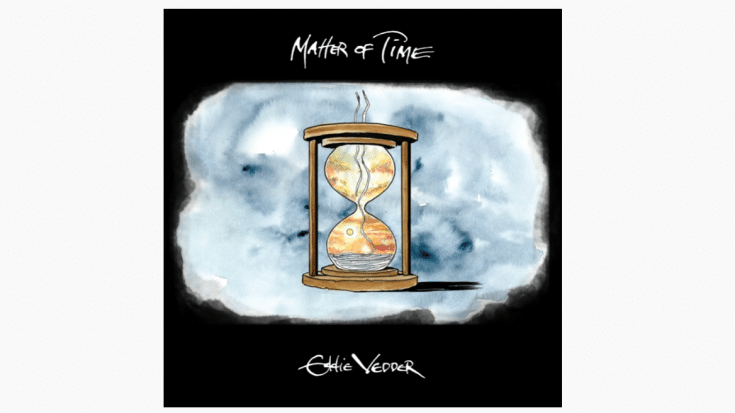 Eddie Vedder just gave his fans an unexpected Christmas treat – a tender acoustic cover of Bruce Springsteen’s “Growin’ Up” which is featured on the new six-song EP Matter of Time. He debuted his take on this classic on July 14, 2003 at a Pearl Jam concert in Springsteen’s native New Jersey.

Vedder previously shared that he used to play it on guitar as a kid. In July, Vedder revealed Springsteen’s advice to him when he was nervous about performing as a solo artist for the first time. He recalled on the Daddy Issues podcast, “I said ‘I’m starting these solo gigs tomorrow actually. He gave this one gem of advice that just changed everything – because I was saying I was making mistakes in those first few mini-gigs. He said, ‘There’s real power when there’s just one person up there. It’s terrifying, for the audience even. It’s a tight-wire act. There’s just something, an intimacy in it, and there’s a power in it.’”

Matter of Time includes Vedder’s acoustic at-home performances recorded throughout this year. On November 18, he released two songs at a virtual fundraising event. Organized by the legendary rocker himself and his wife Jill, “Venture Into Cures” aimed to raise awareness about the group of rare genetic conditions known as “epidermolysis bullosa” (EB).