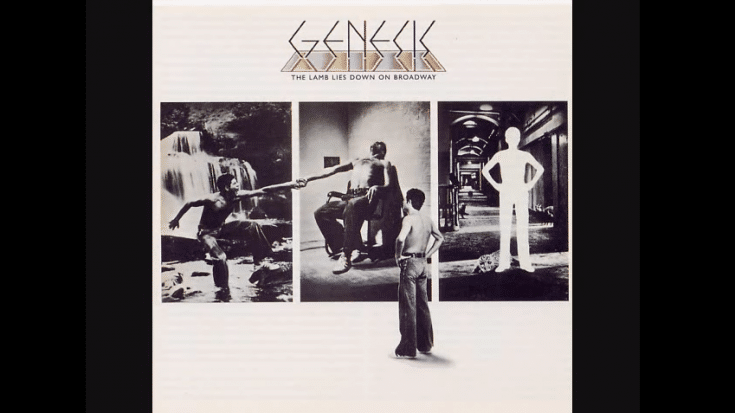 Peter Gabriel left an indelible mark in rock. He’s a visionary musician and while Genesis achieved greater commercial success post-Gabriel, he’s definitely the catalyst that helped the band secure their spot in the rock ‘n roll pantheon. After leaving Genesis, Gabriel also went on to pursue a successful solo career with his fifth studio effort, “So”, achieving 5x platinum status in the US and triple platinum in the UK.

His time with Genesis was less than a decade but even so, his music remains magical even after all these years. Here are some of his best works in Genesis:

Haunting, ethereal and downright beautiful – it has an interesting story but more than that, it showcased Gabriel’s emotive delivery.

A prog-rock masterpiece which kicks off with an impeccable piano intro by Tony Banks and is further taken to the next level with Steve Hackett’s flawless guitar solo, it’s no wonder why it’s a fan favorite.

4. “Dancing With the Moonlit Knight”

This here is proof that Peter Gabriel’s a musical genius.

Genesis used to open their shows with this which according to Banks “was intentionally melodramatic to conjure up an impression of incredible size.”

Clocking at over ten minutes, the lyrics are based on a story that Gabriel wrote. He told Mojo in 2010: “One of the influences on Nursery Cryme was the dark childhood of The Turn of The Screw. Also Great Expectations. These are very English and evocative. One of the reasons, I think, that films and programs about school are of interest to people is because that is when so much of your interface with the world gets formed.”