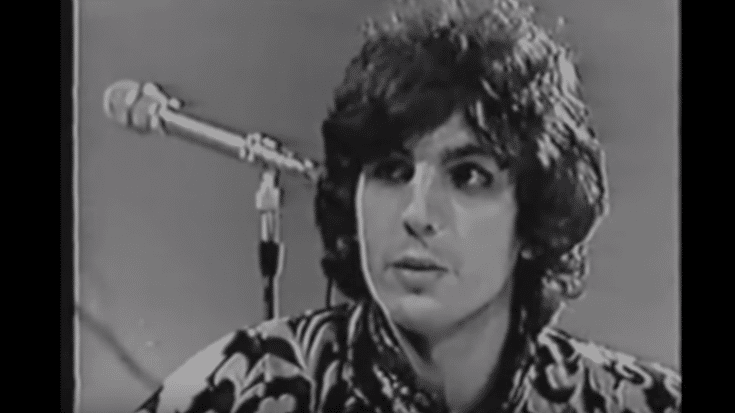 Without Syd Barrett, there would be no Pink Floyd. Not only did he name the group but for their early years, they were under his leadership and he penned several of their tracks. When he became increasingly unpredictable and unreliable, he was booted out of the band in 1968. He had a couple of projects before finally retiring from the music industry in 1972.

He then led a simple life – spending most of his days painting or gardening before his death in 2006. But even though he was no longer with Pink Floyd, they continued to pay homage to him with their songs. Here’s a look back at five stories from Barrett’s career.

5. He played with another band post-Pink Floyd but only for less than a month.

In early 1972, he was attending a concert by blues musician Eddie “Guitar” Burns when he had an impromptu jam session with Burns’ backing band (Twink Adler on drums and Jack Monck on bass). The trio called themselves The Last Minute Put Together Boogie Band. They eventually formed a group called Stars. They debuted on February 5, 1972 at the Dandelion Coffee Bar in Cambridge and performed a couple of times. But one of their shows at the Corn Exchange in Cambridge was nothing short of disastrous. There were sound problems and Barrett cut himself on a guitar string.

Adler said in a BBC documentary in 2001, “I remember looking across at Syd, and just thinking, ‘You don’t want to be here, do you?’ He was kind of, like, going through the motions … and everybody just knew that the wheels had come off. You were just witnessing the breakdown of someone in performance. Some gigs are good and some are bad. Some are really bad, and that was probably the worst.”

The next gig was with Nektar and while that was actually better than their previous set, Adler revealed that Barrett came up to him and showed him the scathing review of Melody Maker’s Roy Hollingworth. Barrett then quit on the spot.

4. One of his singles from his time with Pink Floyd is still unreleased.

When EMI Records released Opel (a compilation album of Syd Barrett recordings from 1968 to 1970), they were supposed to include “Vegetable Man” and “Scream Thy Last Scream.” Pink Floyd pulled them out before its release. It was supposed to be their third single and the two tracks already had promotional videos before everything was canceled because of the dark lyrics and imagery.

Manager Peter Jenner told Rolling Stone, “I knew that Roger [Waters] would never let them out, or Dave [Gilmour]. They somehow felt they were a bit indecent… But I thought they were good songs and great pieces of art. They’re disturbing, and not a lot of fun, but they’re some of Syd’s finest work – though God knows, I wouldn’t wish anyone to go through what he’s gone through to get to those songs.”

Roger Waters revealed in 1967, “Both my mother and Syd’s mother had students as lodgers because there was a girls’ college up the road so there were constantly great lines of bras and knickers on our washing lines and ‘Arnold’ or whoever he was, had bits off our washing lines. They never caught him. He stopped doing it after things got too hot for him.” Waters then told Barrett about it who immediately found inspiration for a song.

Barrett shared to Melody Maker in a 1967 interview, “I thought Arnold Layne was a nice name and fitted well into the music I had already composed. Then I thought, ‘Arnold must have a hobby,’ and it went from there.”

Although BBC kept playing the song, Radio London banned it.

2. The final material he wrote for Pink Floyd is the unfinished track titled “Have You Got It Yet?”

Waters said that Barrett came to what would be their final session with a new song. When he first showed it to them, it seemed straightforward and easy enough. While practicing, Barrett would change the arrangements and keep on singing “Have you got it yet?” They soon realized Barrett deliberately made it impossible to play.

Waters later on appreciated the joke and called it “a real act of mad genius.” David Gilmour, on the other hand, said in Rob Chapman’s book A Very Irregular Head: “We didn’t get it for quite a long time. I remember the moment and the song well. It was really just a 12-bar, but the responses were always in the wrong places according to Syd. Some parts of his brain were perfectly intact – his sense of humor being one of them.”

1. He once watched his own documentary.

Barrett didn’t enjoy watching TV shows or documentaries about his past. But on November 24, 2001, he tuned it to the BBC Four Omnibus series titled Syd Barrett: Crazy Diamond. The only reason he watched it was out of curiosity. But apparently, he didn’t like it.

His sister Rosemary Breen recalled, “I was very surprised that he did watch. He came to watch it with me. He didn’t enjoy it. He didn’t like it – he didn’t quite know what was going on, I don’t think. He just said, ‘It’s very noisy. The music’s very noisy.'” The only parts he enjoyed were hearing the Pink Floyd classic “See Emily Play” and also seeing Mike Leonard who used to be his old mentor.

Breen added, “Another life, another person.”