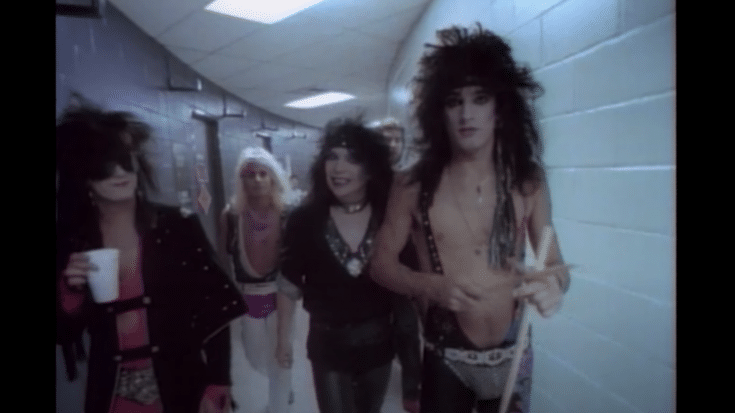 All The Best Power Ballads

How did we go from rockstars howling about Valhalla in the 1970s to singing rock ballads in the ’80s? We’ll never know. And while most traditionalists weren’t too crazy about the change, it’s hard to deny that the following tracks dominated radio stations and brought in huge mainstream following.

They may be cheesy or even cringey at times especially since they’re sung by rockers in spandex suits and leopard pants. Nevertheless, when these songs come on, it’s pretty hard not to sing along – whether you want to or not.

Tesla’s signature song, the album version clocks in at over five minutes but it was shortened to only four to make it more radio-friendly. Vocalist Jeff Keith told SongFacts, “Tesla’s always been about the love. We will forever play ‘Love Song’ every time we ever play. Because love is how we all got here. Love’s what makes the world go ’round. Love stands above everything, even the hate.”

A staple on the band’s setlist, rumor has it Axl Rose drew inspiration from his messy relationship with his now ex-wife Erin Everly but he neither confirmed nor denied any of it. Bassist Duff McKagan explained, “Axl came up with a great lyric, seemingly out of nowhere, that of course became the story and melody of that song.”

Cinderella’s most successful single, it was written by vocalist and guitarist Tom Keifer who said: “I’m sure some songs I write, people relate to more than others. Probably ones we call hits, right?” It’s accompanied by a music video shot at Mono Lake in Bodie National Park.

Featured on their best-selling album Hysteria, it’s their only #1 single on the US Billboard Hot 100. It was initially a country ballad but Def Leppard incorporated rock elements to it to give it a harder edge. Guitarist Phil Collen shared to SongFacts, “It was just a standard rock ballad but it had something else going for it. Lyrically, it kind of painted a picture, and in a song you always want to do that, paint a picture. ‘On a dark desert highway,’ the first line of ‘Hotel California,’ great song, it just paints an image for you straight off the bat and that’s the sign of a really good song. It takes you right there. ‘Love Bites’ did that as well.”

One of their most enduring tracks, it charted on several countries and was a hit on both sides of the Atlantic. It wasn’t eligible on the US Billboard Hot 100 because Bon Jovi didn’t release it domestically as a commercially available single. Still, it’s a well-loved classic.

The second single from their debut LP, it’s also their most commercially successful single. Warrant was criticized because it didn’t seem to suit a rock band. Frontman Jani Lane told BAM in 1982, “It sucks that I get labeled as a ballad writer, but I figure, if I write good ballads, then screw it, I write good ballads. I’ve never been one of those people that think if it’s not X amount heavy, that it’s not cool. The people who disrespect me because I don’t apologize for writing a ballad now and then, I just can’t relate to that. Seriously, if anyone ever walked up to me and said ‘The Long and Winding Road’ is a wimp song. I’d probably hit ’em! I like both extremes – the heavy metal and the ballads. A good song is a good song.”

Rachel Bolan and Dave “the Snake” Sabo didn’t want to record the song even thought they wrote it because they didn’t want to be known as a “ballad band.” Frontman Sebastian Bach told Sleazeroxx in 2007, “‘I Remember You’ was the #1 prom song in the United States of America in the year 1990….You talk about making memories! Literally the whole country of America did their prom dance to ‘I Remember You’ one year, and that’s a real heavy memory to beat.”

An early power ballad, it didn’t crack the top 10 in the US and UK but has since been covered by several artists. According to bassist Nikki Sixx, “It was a response to us from being gone so long during Shout At The Devil [1983 album and tour]… We didn’t know what to do, so we started writing songs for Theater Of Pain and ‘Home Sweet Home’ started to come out. The lyrics came out of that feeling of being gone so long and wanting to come back, which is ironic, right? Because all you ever want is to get in a band and go on the road, but then you’re on the road and you want to come home.”

It became Poison’s signature song and the band’s only #1 hit in the US. Bret Michaels said that he got the idea for the track while he was at a Dallas laundromat calling his girlfriend on the payphone. He heard a male voice in the background while talking to her and so, he ended up writing the lyrics after.

One of the greatest power ballads of all time, it has remained popular over three decades after its release. It’s easily recognizable too. Penned by Jonathan Cain, he wrote it on a napkin in just thirty minutes. Cain, who wanted to be a priest when he was young, said this about the song: “That would be a love song to God, absolutely.”