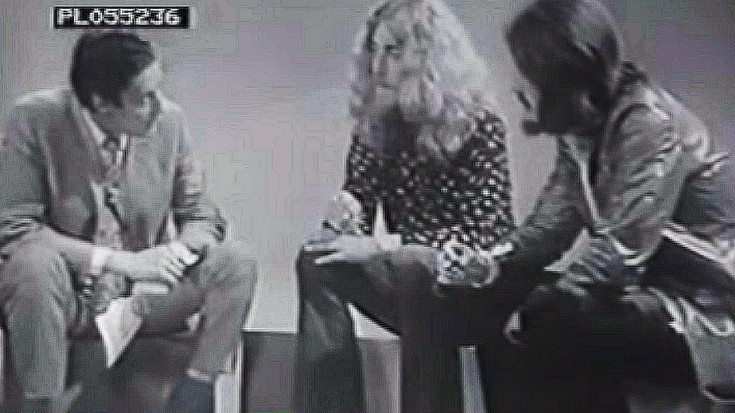 Plant And Bonham Get Candid

By 1970, there was a revolution taking place in the music industry; fans were tired of bands like The Beatles, whose concerts were full to the rafters of screaming teenaged girls more concerned with how the band looked rather than what they played. In the quest for music that was more cerebral, British classic rock kings Led Zeppelin wound up leading the charge.

Led Zeppelin’s Legacy At A Glance

Since their nine albums were recorded between 1968 and 1979, Led Zeppelin has been one of the most popular bands of all time, having sold more than 300 million records worldwide.

It’s odd to listen to this interview and hear the interviewer ask Robert Plant and John Bonham if they thought Led Zeppelin’s influence would last longer than 8 years – the length of time The Beatles had been together by 1970 – and know that in 2015, Led Zeppelin is widely regarded as one of the best bands to ever walk the earth!