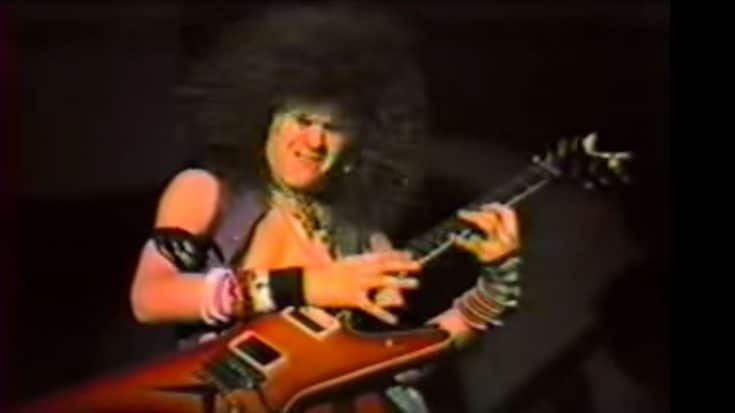 A Legend Is His Early Prime!

The late, great Dimebag Darrell managed to become a bonafide guitar legend in such a small amount of time. He was and still is regarded as one of the most iconic and influential guitarists of all time. In fact, to say otherwise is pretty much criminal amongst the heavy metal community.

As a guitarist, he was aggressively innovative and uniquely prolific. In such a short time, he was able to create a legacy that is unmatched and will probably remain so for many, many years to come. He was and is one of the best, pure and simple.

Recently, we have gotten to see rare footage of the aforementioned rock legend in his early days shredding an absolutely wicked solo. It comes as no surprise that Dimebag Darrell is able to shred a magnificent solo like this, but it’ll STILL melt your face off!!