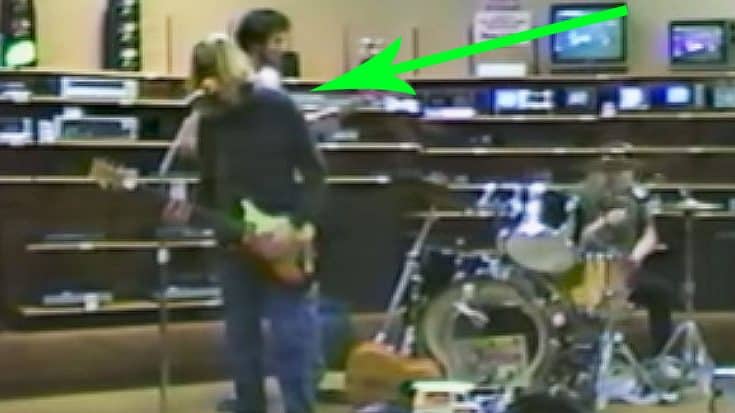 It truly goes without saying that even 23 years later, legendary grunge rock band Nirvana’s legacy is as present and alive as ever, if not more so. They are regarded as one of the most iconic and influential bands of their era. They had a style and sound that is often imitated, yet never duplicated. They are one of the best, pure and simple.

Over the years, pieces of rare and random footage of Kurt Cobain and/or Nirvana have surfaced here and there. Each one is essentially a hidden treasure, and the one we’ve found here is exactly that.

What you’re about to watch is a video in which the aforementioned Nirvana set up shop in a RadioShack in 1988 and start playing. This is obviously sometime before they truly broke out as a big band, but nevertheless it’s amazing to see. These guys are bonafide legends and this is MUST SEE footage! Don’t believe me? See for yourself!