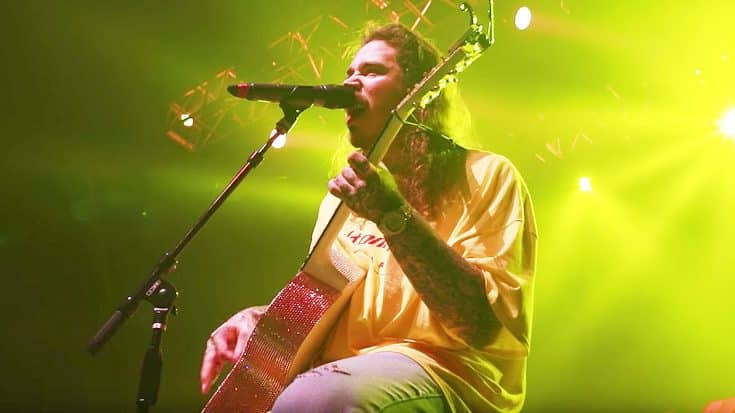 Most classic rock fans completely shun rap and hip-hop genres and artists away. However, a lot of times rappers will spend their early days in rock n’ roll bands, before they go solo and exclusively take on hip-hop. Take for example Post Malone. Post began his music career in rock, hardcore, indie and country bands before turning to hip-hop, and during one of his recent concerts, he showcased his true musical talents.

Post picked up an acoustic guitar and played an amazing cover of Nirvana’s “All Apologies.” Everyone in the crowd was absolutley amazed! His voice sounds incredible, and we know Kurt Cobain would be super proud of this cover! Post should definitely consider releasing a rock album again, or just an acoustic EP where he covers some classic tunes!