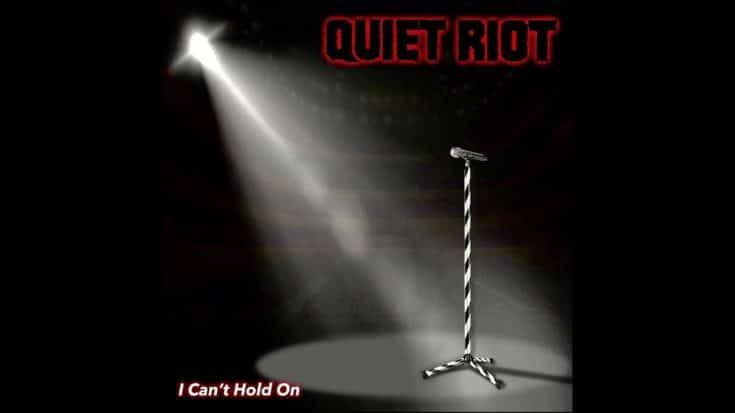 Quiet Riot has unearthed a track that was previously unreleased.

The track “I Can’t Hold On” was recently released giving their fans a chance to once again enjoy the talents of late band members Kevin Dubrow and Frankie Banali. Originally, the track was a demo recorded in 2003 by Dubrow and Alex Grossi. However, it went missing not until it was discovered in 2021.

Surprisingly, it was found on an iPod two years ago as told in a video uploaded for the song. Its discovery probably became the way to re-release Quiet Riot’s Rehab: Relapse and Remastered album.

“The ‘I Can’t Hold On’ video honestly conveys the reason for Quiet Riot to carry on and Celebrate Frankie’s and Kevin’s memories and the Quiet Riot legacy. To play bass on ‘I Can’t Hold On’ with Kevin and Frankie 40 years after our Metal Health record sessions along with Alex Grossi is truly a blessing.”

“It’s so great to finally hear this track the way it was supposed to be done. I completely forgot about it until it turned up on an old iPod last summer. The way it came to life almost 20 years later is truly special and a perfect tribute to Kevin and Frankie.”

Regina Banali, Frankie’s widow, also shared her thoughts on this. She said:

“I am now the steward of Frankie’s life work and the band, and it is very important to me to protect the Quiet Riot legacy. Rehab was a very important recording to both Frankie and Kevin and a significant part of the soundtrack to the film QUIET RIOT: Well Now You’re Here, There’s No Way Back.”

Meanwhile, the band’s current lineup includes Jizzy Pearl on vocals and Johnny Kelly on drums with Sarzo and Grossi. Check out Quiet Riot’s song below.