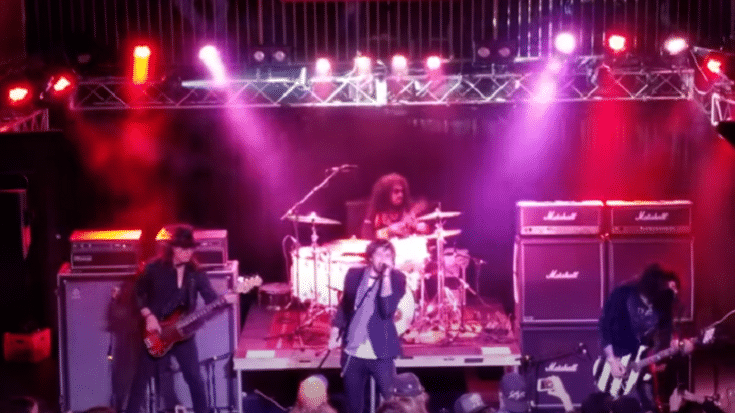 Check Out The Tour Dates Below

Quiet Riot has announced that they will continue touring following drummer Frankie Banali’s death last month. With former Type O Negative and Danzig drummer Johnny Kelly behind the kit, they’re set to kick off a couple of shows on October and a string of dates next year with more gigs to follow.

In a statement posted on Facebook, the group wrote: “It was Frankie Banali’s wish that the band continue and we keep the music and the legacy alive.”

They added, “Chuck Wright has been in the band off and on since 1981 and played not only on the song “Metal Health” but many other QUIET RIOT Albums. Alex Grossi has been in the band since 2004 touring and recording. Jizzy Pearl has been a member of the QUIET RIOT family since 2013 and Johnny Kelly has been doing a great job filling in on drums this past year with Frankie’s blessing.”

A few days ago, guitarist Alex Grossi said on social media: “So great to see the outpouring of support from all over the world with regard to QUIET RIOT’s anouncement to continue. Since meeting Kevin DuBrow, Frankie Banali and Chuck Wright when I joined the band in 2004, I have experienced both the amazingly great and the horribly tragic. No matter what, we always forged ahead. While I am still devastated from the loss of one of the most important people in my life, I take comfort in knowing that Frankie Banali’s legacy could not be in better hands and will carry on as he wanted.

“Whether you like it or not — QUIET RIOT isn’t going anywhere. Neither is the rock n’ roll spirit that Kevin DuBrow, Randy Rhoads and Frankie Banali embodied.”

QUIET RIOT – 2020/2021 Because life goes on! It was Frankie Banali's wish that the band continue and we keep the music…