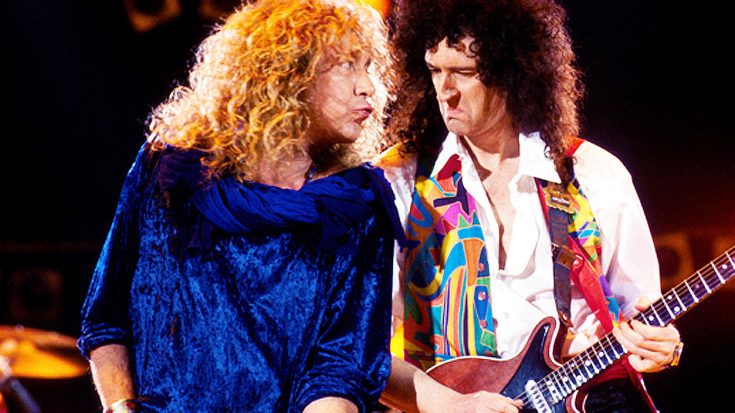 Losing Freddie Mercury was one of the biggest blows to music in its history. The man’s voice will never be replicated, and he is easily the greatest frontman, and one of the best performers in rock n’ roll of all time!

Back in 1992, Queen paid tribute to Mercury at an AIDS Awareness concert. Members of Queen performed, while various artists took on the vocal duties of the band, giving their best attempts at Freddie Mercury’s incredible songs. Everyone did a wonderful job, but one performance stood out among the rest: Led Zeppelin’s Robert Plant.

Plant joined the band on stage for an epic! performance of Queen’s classic “Crazy Little Thing Called Love.” Plant’s vocals fit seamlessly into the song, and his stage presence was a fantastic! It was truly an unforgettable performance, and Freddie would have definitely been proud!

It makes you wonder what a Led Zeppelin/Queen collaboration would’ve sounded like! It probably would’ve been epic, considering Freddie and Robert’s voices would’ve matched up so well! Can someone build a time machine so we can go back and make that happen!?

In the meantime, check out the epic tribute down below for yourself!