Man, We Can’t Get Enough Of George Harrison’s Lead Guitar Track For “Don’t Let Me Down” 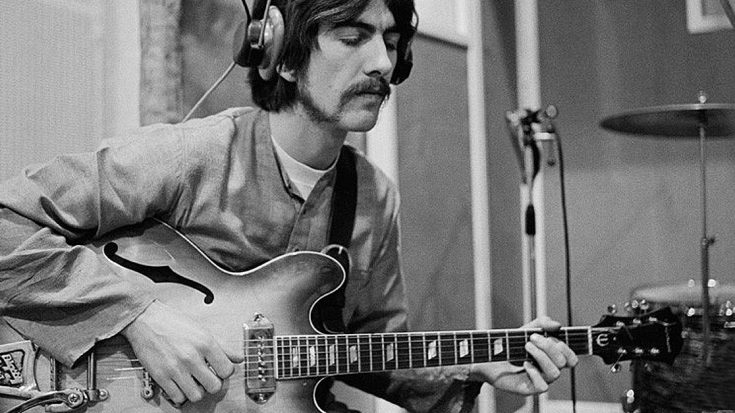 Late Beatle George Harrison wasn’t known for particularly flashy guitar playing and even doubted his own abilities at times. The truth of the matter is that when paired with John Lennon’s rhythm guitar, George was set up for some pretty fantastic lead guitar runs, never opting for the flashy and experimental but instead opting for colorful, creative lead guitar parts that both perfectly highlighted his talent as a guitarist and beautifully supported any song to which he was contributing.

One song in particular in which George’s guitar playing stands out is The Beatles’ 1969 classic “Don’t Let Me Down,” John Lennon’s impassioned appeal to Yoko Ono to accept his vulnerability and never take it for granted; as you’re about to hear in the audio below, George’s lead guitar playing is phenomenal in its simplicity, delicate and deliberate fretwork contrasting wonderfully with Lennon’s vocals as they worked their way into screams.

It also showcases one of the more unusual musical touches in The Beatles’ song catalog, with George playing with a gorgeous little countermelody at the song’s bridge. One of our favorite studio performances from George, his lead guitar playing on “Don’t Let Me Down” is something we know you’ve enjoyed for decades, but get ready to find a whole new reason to fall in love with it by checking it out in the audio below!