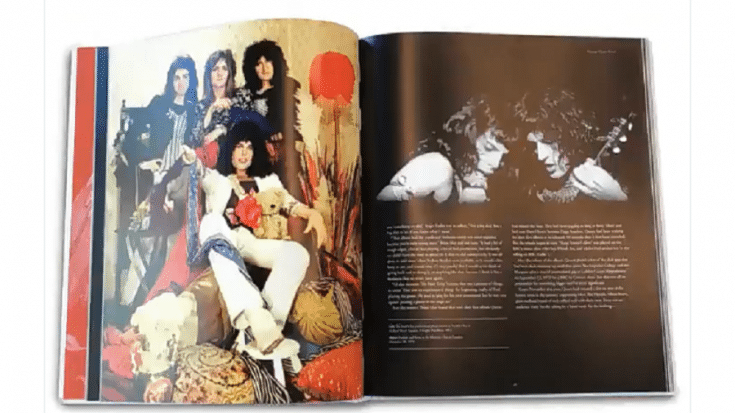 Not Everyone’s Impressed With The Effort

In their Twitter page, Queen announced the book’s release and the reception was well, not what they expected. Unlike the 2018 biopic Bohemian Rhapsody, which was met with huge excitement when they dropped the trailer, The Treasures of Queen didn’t exactly impress several fans. Some even directly accused them of milking it.

This isn’t surprising though because whatever Queen did, they never had any shortage of critics – whether it’s hiring Adam Lambert as their new frontman or continuing to tour even without their two original members. Nevertheless, The Treasures of Queen seems like a good book to have in addition to Brian May’s Queen in 3-D which he released in 2017.

May was once asked in an interview if he ever considered retiring. And he answered, “No. I’m not a person for sitting on beaches. What would I do?”

And that’s perhaps why he continues to hit the road. In fact, Queen + Adam Lambert just announced a 2020 tour in the UK. May definitely shows no sign of slowing down.

Out now - The Treasures of Queen! The book showcases the band, it’s members, recordings and concerts through images and unique pieces of memorabilia from Queens private collection! 📸⬇️https://t.co/fDVBgKUvqS pic.twitter.com/AzElWcwrNA