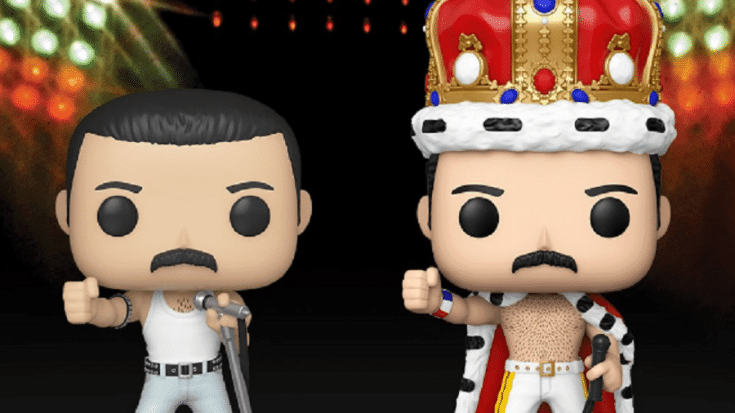 Queen has announced three new Funko Pop! figures inspired by frontman Freddie Mercury and their 1977 album “News of the World.” These are set for release on February 2021.

These trio of figures include Freddie Mercury with his iconic tank top and jeans outfit from their legendary performance at Live Aid 1985, Mercury’s king ensemble complete with cape and crown for “We Are the Champions” / “God Save the Queen” at London’s Wembley Stadium in 1986, and a silver robot with a backdrop of the “News of the World” album cover.

Meanwhile, guitarist Brian May told TalkRADIO about their epic 22-minute set at Live Aid. He said, “It was so strange kind of reliving it for the movie. They recreated it so incredibly faithfully, and to be there on that set was really spine chilling; it brought it all back. And at the time, we weren’t aware of what an epoch-making thing it was, really. We came off [thinking], ‘Well, that went kind of OK.’ But we didn’t realise that it had made such a lasting impression on the ether.”

And speaking of Mercury, May shared that “He had a great spatial awareness, and that’s something very important.”