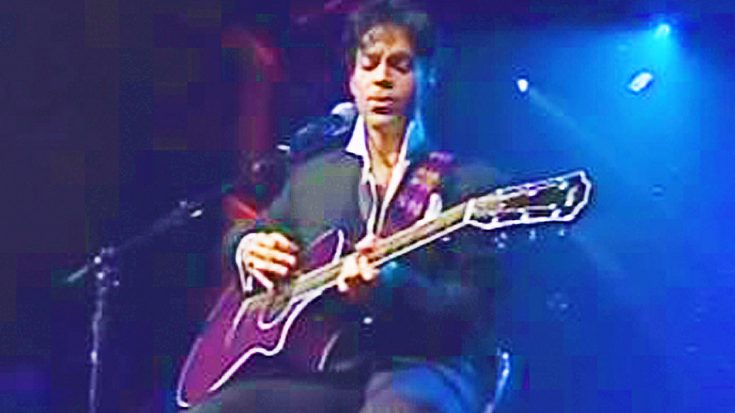 This man could play the guitar!

Earlier this year, the music world suffered a horrific tragedy when Prince passed away. Prince left us with some of the most amazing songs ever written. He was an icon and a true artists that respected his work, and treated it sacredly.

One thing that is often overlooked about Prince is his guitar playing. Prince could shred an axe like no other! He was always known for busting out incredible solos, and although he was considered a pop star, he was never afraid to crank it up for an epic rock anthem! His live performances were always a show, and he never left the audience unsatisfied.

To get a true idea of his skills on the guitar, you have to check out this video down below! Prince takes a break from his elaborate stage show to put on an epic acoustic jam of some of his biggest hits! He strips down fan favorites like “I Could Never Take The Place of Your Man,” “Cream,” and “Sometimes It Snows In April.”

Of course Prince jams on a purple guitar, because it’s only appropriate! If you’re a Prince fan, or can just appreciate any sort of talent, you have to check this video out! Prince was one of a kind and we truly miss him!