Prince Cranks It Up For Gritty, Hendrix-Inspired Spin On ‘Let’s Go Crazy’ 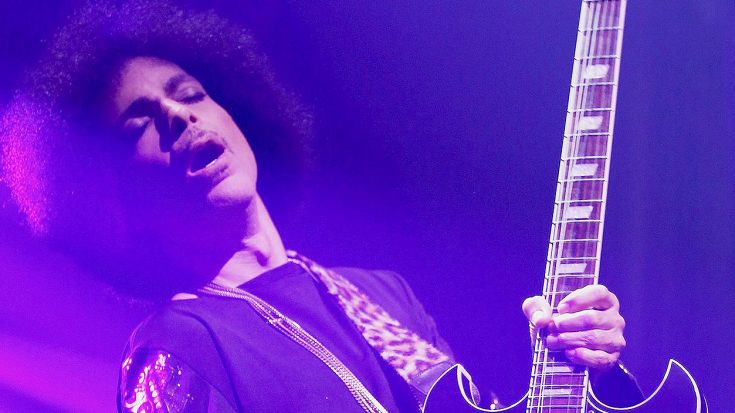 In quite possibly the heaviest performance Prince ever did, this rendition of his popular hit “Let’s Go Crazy,” might be the best version of the song we’ve found to date. While performing in Manchester in 2014, Prince decided to ditch the pop feel to the tune, crank up the amps, showcase his ability to shred and turn this song into an absolute headbanger. In the middle of the performance, Prince segues into a quick interlude riff of Edgar Winter Group’s “Frankenstein.” In addition the high energy of Prince, his band, the effects and the crowd give the performance a different energy you wouldn’t normally find at a Prince show.

During this performance, you can totally tell Prince is channeling Jimi Hendrix. From the arrangement of the song, the purple smoke, the way he is dressed, the guitar’s fuzzy/erratic sound, the way he sings, carries himself and his free styling on the guitar are all Hendrix inspired. Many people used to compare Prince’s guitar playing to Jimi’s, saying they had that similar vibe. Either way they are both missed so much in the music world, but their legacies will live on forever!

Check out the epic performance down below, and let us know what you think!