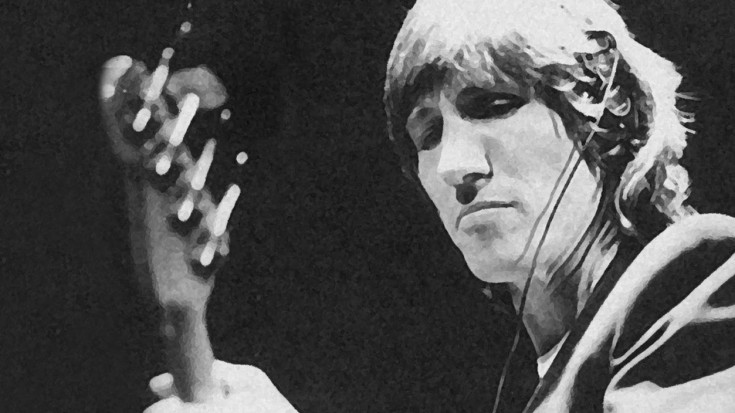 Dark Side Of The Moon Rehearsal Session, 1972

Recorded in a makeshift recording studio in Roger Waters’ garden shed, Pink Floyd’s ‘Money’ had pretty humble beginnings. The song’s “bluesy, transatlantic” feel that came to star on 1973’s Dark Side Of The Moon only came about after several demos cut by the band, beginning with this incredibly stripped-down demo recorded by Roger Waters, featuring just Waters’ voice and an acoustic guitar on which the foundation for ‘Money’ was laid.

Fun Fact: To date, Pink Floyd’s Dark Side Of The Moon has sold over 34 million copies worldwide – that’s a lot of money!

While Roger’s demo is a little bare bones compared to the full studio treatment that ‘Money’ later received for Dark Side Of The Moon, it’s actually quite good; much is said about Waters’ contributions to Pink Floyd and his role in some of the band’s biggest hits as both a musician and songwriter, but there’s no denying that his composition of one of the most famous walking bass lines in rock and roll, coupled with deeply introspective lyrics that question the role we assign to money is nothing short of phenomenal.

Money, get away
Get a good job with more pay and you’re O.K.
Money, it’s a gas
Grab that cash with both hands and make a stash
New car, caviar, four star daydream,
Think I’ll buy me a football team

Money, get back
I’m all right, Jack, keep your hands off of my stack.
Money, it’s a hit
Don’t give me that do goody good bullshit
I’m in the hi-fidelity first class traveling set
And I think I need a Lear jet

Money, it’s a crime
Share it fairly but don’t take a slice of my pie
Money, so they say
Is the root of all evil today
But if you ask for a rise it’s no surprise that they’re giving none away