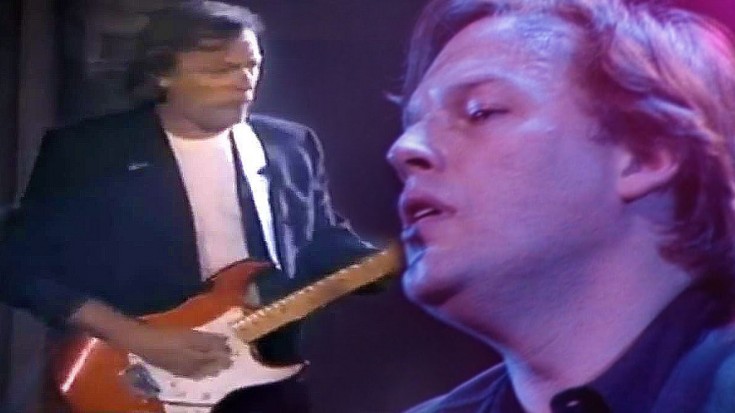 It’s no surprise that Pink Floyd lead guitarist and frontman David Gilmour has a soft spot for the blues; after all, most of Pink Floyd’s music had a bluesy undertone to it. This exclusive video, taken from his 1988 performance at the Les Paul & Friends concert in Brooklyn features Gilmour sans the long hair and band tees we saw in the 70’s replaced by short hair and a suit, tearing through a bluesy solo that makes us wonder: why didn’t he pursue a career in the blues?

He has an amazing guitar tone, and he plays with a level of passion and precision that are highly respected in the blues world – we have no doubts that he’d have been welcomed with open arms!

“You’re right, there’s a distinct blues influence within what I do but at the same time I am not frightened to step out of that,”says Gilmour of the influence the blues has had on him as a guitar player,“I don’t even think whether I play the blues or not, I just play whatever feels right at the moment.”

What a performance! While we’re glad David went the Pink Floyd route with his career, it’s always fun to wonder and actually get to see what might have been if he’d gone just slightly off course!