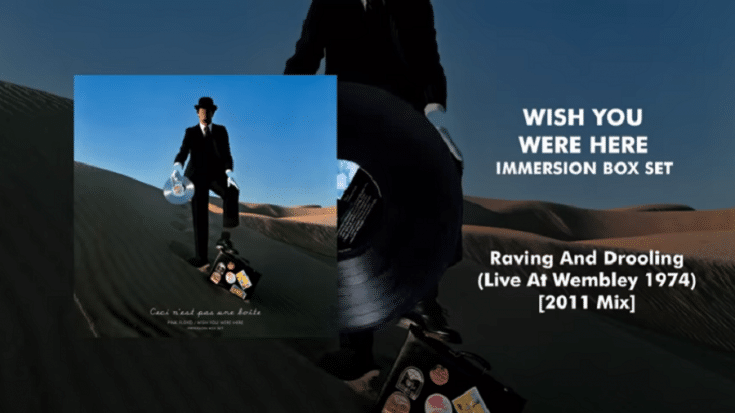 An Early Version of the Pink Floyd Classic

Pink Floyd is streaming a rare early version of “Sheep” from their “Animals” album. They played the track live during a four-night show at The Empire Pool (which would be later known as Wembley Arena) in 1974 but it was under a different title – “Raving and Drooling.” They also performed “Dogs” under the title “You’ve Got to Be Crazy” and another early version of “Shine On You Crazy Diamond”.

David Gilmour said, “On Animals Roger played bass on “Dogs” and I played bass on “Sheep” and “Pigs.” Most of the bass line on “Sheep” (apart from the ending) was what Roger had been playing onstage, as we had been performing it as “Raving and Drooling” for a couple of years. However, in the studio Roger had a rhythm guitar part he wanted to play, so we swapped roles.”

Roger Waters told Mojo magazine in 2017, “Sheep does have that idea of revolution, of people being led to slaughter.”

Every Friday, the “Syd, Roger, Richard, Nick and David – An Evolving Pink Floyd Playlist” will feature rare songs which were originally released on the Immersion boxsets.

Check out the live version of “Raving and Drooling” below.