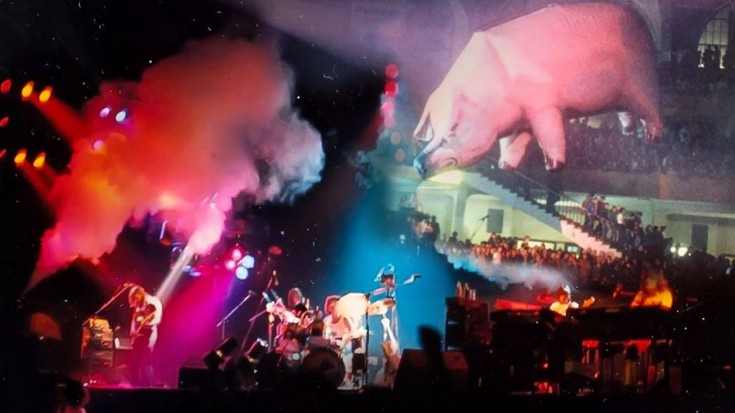 Everyone that is a Pink Floyd fan knows the iconic album Animals released in 1977, but they especially know the song “Pigs (3 Different Ones).”

“Pig stain on your fat chin. What do you hope to find? When you’re down in the pig mine?”

As the rebel band of the ’70s, Pink Floyd created influentially emblematic ballads regarding social/ political contentions in Britain at the time that changed the lives of many.

The real and distressed theme that this amazing band had going for them allowed them to become a rebellious and glorious success in the UK and the United States.

Fun Fact: Roger Waters wrote this about Mary Whitehouse, a British woman who led a movement to keep sex off TV.

Although the quality of the video is not the best (be kind) this is extremely rare footage of one of the greatest rock bands of all time.