Phil Collins Will Play Drums On “Some Bits” In Reunion Tour 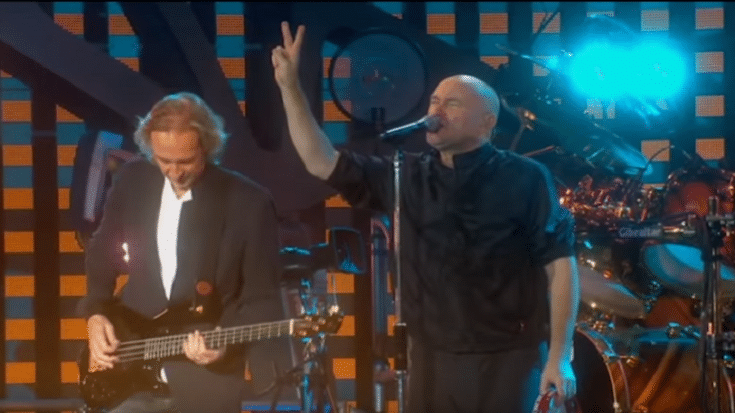 Genesis are set to embark on a reunion tour after 13 years. They made the announcement when they recently appeared on Zoe Ball’s BBC Radio 2 breakfast show. Phil Collins, Tony Banks and Mike Rutherford will be joined by Daryl Stuermer on guitar and bass, and Collins’ 18-year-old son Nicholas on drums. Because of crippling nerve damage which affected his drumming, Collins revealed that for their 2020 trek, he’d be behind the kind on “some bits.”

The 69-year old rocker said, “I’m gonna be doing my best to play some bits on the tour. I’ve gotta start really seriously thinking, but I have already been working out what I’m gonna do and what songs to play on.”

Speaking about his son taking over the drumming duties, Collins stated that “It was a problem that we had to overcome with me not playing.” He also added, “[I think] both were kinda taken with the way [Nic] kind of understood what was needed. And he plays a bit like me when he wants to – he doesn’t when he doesn’t want to. But I’m one of his many influences, of course, being his dad. But he plays like me, and he kind of has the same attitude as me. So that was a good starter.”

Banks had nothing but high praises for Nic saying, “The thing with Nic: He can sound like Phil. So when you’re doing some of these old songs, it’s interesting — they go back to how they were when we did them on the albums, which was just quite fun for us.”

The classic lineup is still working on their setlist but they revealed that it will likely include their greatest hits along with some deep cuts.