Petition: Fans Want The Black Hole To Be Named After Chris Cornell 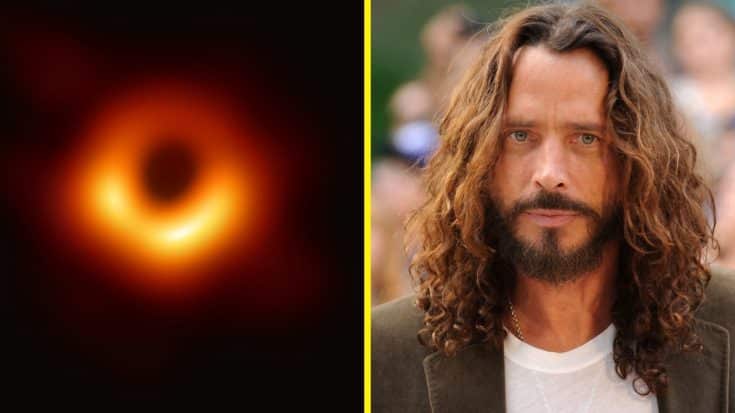 Makes Perfect Sense When You Think About It…

It was just the other day that NASA once again made history once again by sharing the first ever photographed image of the Black Hole. It’s an image that is stark, haunting, but utterly beautiful and one that’s simply another testament to the many wonders of the massive outer limits of space.

Not only did this image make history, but the image itself is going viral like crazy. It’s the center of all memes, articles, discussions, literally everything it can be applied to on the internet. But what’s even more is that it’s now become the center of a rock-centric campaign.

Rock fans all over the world are taking part in signing a new petition demanding that the black hole be named after late rock legend Chris Cornell. Honestly, it’s the perfect choice.

Giuliana Jarrin, the fan who created the campaign, said this in a statement via change.org…

“Almost two years ago, we lost Chris Cornell. He was the lead singer for Soundgarden and Audioslave, and above all, the voice of an entire generation.”

“He was one of the most beloved figures not just in rock, but all of music, by people from all over the world. His music, his voice and his personality inspired, influenced, changed and even saved the lives of thousands of people.”

“Chris left a heavy legacy for a new generation of musicians who follow in his footsteps. His memory will remain forever alive in the hearts of all his family, friends, fans and all the people who love him, and his music will do the same in each record, song or video we play. I ask NASA, the Event Horizon Telescope Collaboration and all the astronomers and scientists involved in this discovery, to name this black hole after Chris Cornell.”

“This would be a surreal and amazing way to honour his life and his contribution to music.”

The campaign is asking for 2,500 signatures and has already gotten well over 1,700. Needless to say, this petition is gonna go far.

Will it work? We certainly hope so, and if and when it does, you’ll be the first to know. Sign the petition by clicking here!