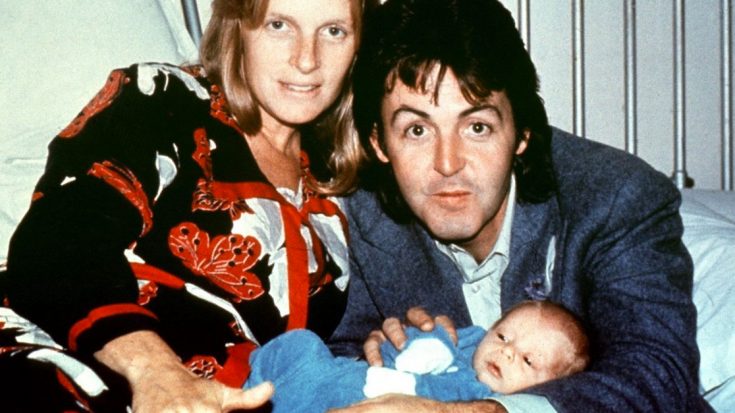 He’s His Own Man – Don’t Call Him Macca Junior!

I don’t know what it is about the McCartney family, but success sure does seem to run in their veins! Paul is currently on the road on his critically acclaimed One On One tour and three of his four daughters are successful designers, artists and photographers in their own right and it looks like after successfully beating the demons that come with growing up in his famous dad’s shadow, 38-year-old James McCartney’s taking a page from the musical branch of his family tree and pursuing a career in music.

For a time, James struggled to find his voice – fighting the urge to recreate his dad’s success and the stress of having his success measured against his dad’s, and through it all proved to be one hell of a musician when left to express himself in a way that’s natural for him.

Fun Fact: In April 2012, McCartney revealed that he had mooted the idea “a little bit” of forming a “next generation” version of the Beatles with Sean Lennon and Dhani Harrison.

In the video you’re about to see, James successfully bridges the gap between his dad’s legacy and his own by visiting the old buildings where all Beatles vinyl was manufactured on the 50th anniversary of the first pressing of “Love Me Do,” and accompanied by a cajon drum box player and another acoustic guitarist jams out a gritty, dark take on The Rolling Stones’ 1969 classic “Gimme Shelter”. Check it out in the video below and remember – he’s no Paul junior, but that’s what we love about James, and we can’t wait to see where his career takes him!