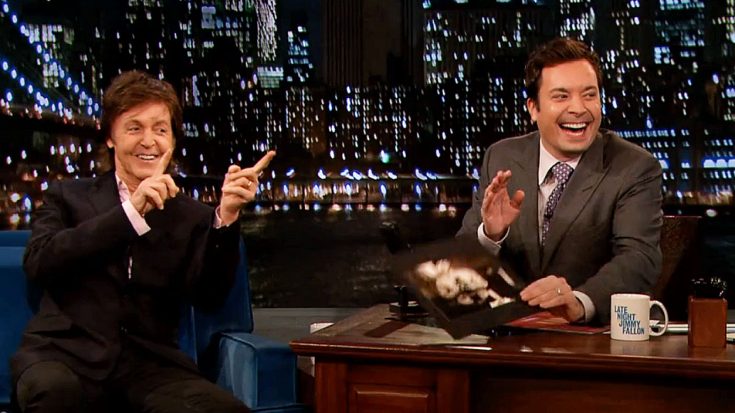 Such An Odd Connection!

The same could easily be said for Keith Richards of The Rolling Stones. This man and his band are arguably THE most iconic group of musicians that have ever taken to the stage. So much so that when you hear the phrase ‘Rolling Stone’, you probably don’t just think of a band, but also a cultural movement, a brand, and empire. Okay, maybe that’s a little dramatic , but you get the point.

Many people have often claimed that The Beatles and The Rolling Stones are rivals. They are two of the biggest bands in the world, how could they not be? Well, as it turns out, they are the complete opposite!

What you’re about to watch is a video in which Paul McCartney sits down with Jimmy Fallon and talks about his random encounter with Keith Richards. This is just too funny! Check it out!